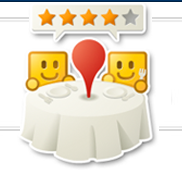 I can’t recall Google pushing a product as hard as they’ve pushed Hotpot on their blogs in recent months. I swear that on a daily basis there’s some sort of update about “what’s new with Hotpot”. The only problem? I have basically no idea what Hotpot is. I mean, I sort of do, but it’s such a bad name and it’s a product that seems to overlap with other Google products, so I just don’t get it. And now I don’t have to.

Google is killing off the Hotpot name, as they’re announcing in about five blog posts today. But they’re not killing the product itself — instead, it will now reside as a part of Google Places. They’re calling it a “graduation”. I’m calling it a “gorging”. And it’s definitely the right move.

It’s been incredibly exciting to watch Hotpot grow—the community has quickly expanded to millions of users who are rating more than one million times per month and enjoying a truly personalized view of the world. Based on this success, we’ve decided to graduate Hotpot to be a permanent part of our core local product offering, Google Places. Rolling Hotpot into Google Places helps simplify the connection between the places that are rated and reviewed and the more than 50 million places that already have an online presence through Google Places—places that millions of people search for and find every day on Google.

They then take a paragraph to explain the name once again. It’s about “shared eating experiences” or something. The fact that this name has had to be explained a few times now says just about all you need to know as to why it’s now going away. Is it Hot Potato reborn? Is it Hotspot? Hot Pocket? Some sort of marijuana reference? Why is this different from Google Places? Well now, it’s not.

All those Hotpot updates will now flow through the Google Places blog — where they probably belonged in the first place.