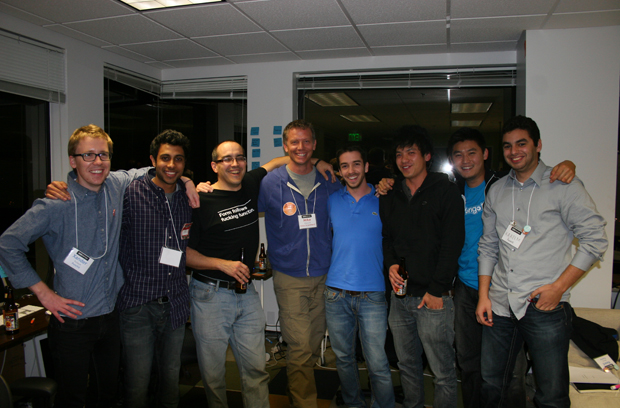 It was a pretty exciting at 500 Startups Demo Day part deux today, namely because the accelerator had two sessions — one at 10am and a later one at 5pm, both drawing in a lot of startup mentor and investor attendance.

For those of you have not yet visited the 500 Startups office in Mountain View, the view is impeccable and the layout and interior design is extremely well thought out. For example a Spock painting by Twitter Fail Whale artist Yi Ying Lu adorned the wall of the conference room where I spent all day talking to startups.

While we’ve got our own “Best Of” list — including video interviews with some of the startups we find most interesting — going out tomorrow, Angel investor Mike Edwards has decided to create his own defacto list, by basically putting his money where his mouth is. Edwards has decided to invest $150K in three of the startups on the spot, CrowdRally, Punchd and Rewardli (hi George)– $50K each on sheer “damn, I’m impressed with your pitches” factor.

Punchd is a startup that takes loyalty cards mobile, letting users finally aggregate all those business card-like pieces of paper with punchholes that they randomly collect. CrowdRally brought video brand endorsement into the Facebook platform until Facebook sent them a cease and desist six weeks ago, after which they pivoted into a social video sharing startup. Rewardli enables small businesses to take advantage of group buying discounts in order to collectively save.

All three were 500Startups accelerator companies, which means that the incubator went in for $50K at a $1 million valuation and has the option of moving on when the three raise their Series A. All three are continuing to flesh out their seed rounds at between $300 to $500K.

Whipping out your checkbook on the spot is a precedent set by 500 Startups founder Dave McClure, who isn’t your father’s incubator founder. McClure calls all 22 of the startups demonstrating (out of 110 portfolio companies) his “little monsters” a la Lady Gaga, and people are encouraged to heckle the startups who demo, presumably toughening them up for the harsh world of refining, revamping, failing and succeeding. And, as today proves, success does sometimes happen on the spot.

Images and video of the celebrations via Speakergram’s Sam Rosen, below. 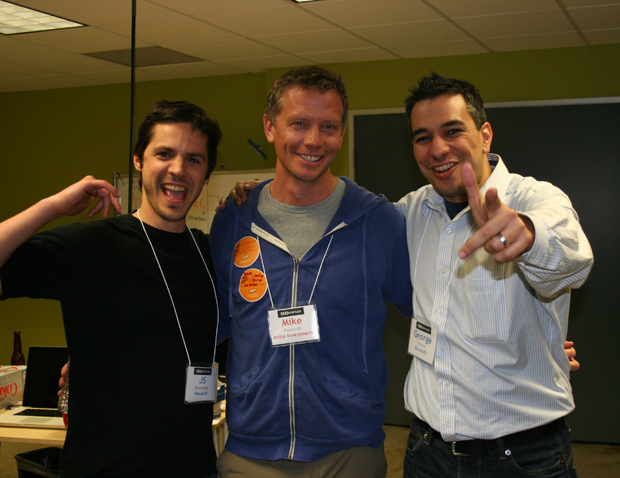 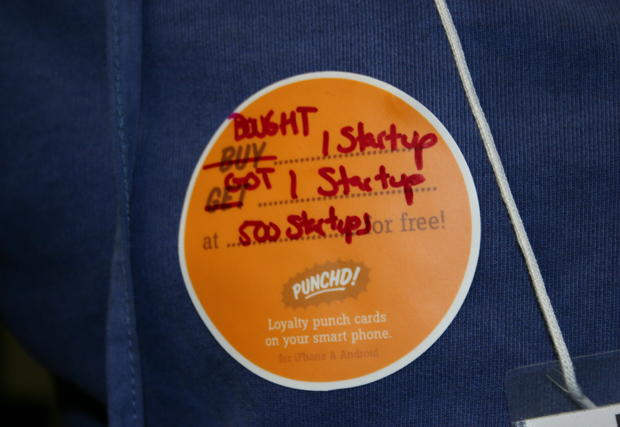 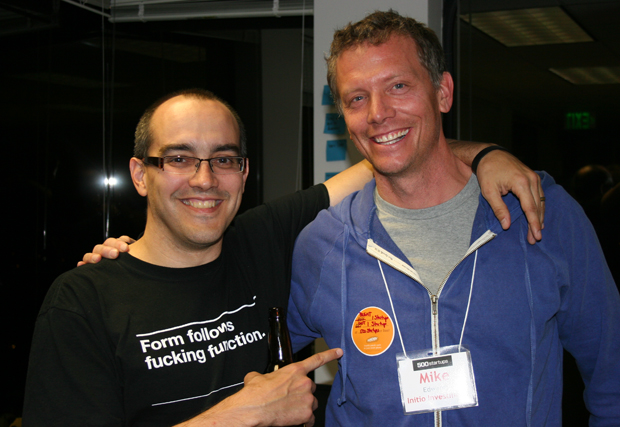