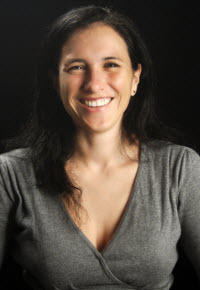 Forgive the snarky headline, but history has shown that navigating a once-hot consumer Web company through the trough of the hype cycle is one of the hardest jobs in Silicon Valley. And very few come out with a billion winner on the other side. (Cough, cough, MySpace, Digg, Six Apart…)

But if anyone is going to pull a turn-around off at RockYou, it’s Lisa Marino. Marino joined RockYou in better days, when her husband Ro Choy was the company’s head of business development. Choy left to start his own thing, but Marino stayed on, continually taking on more and more sales and executive responsibility as the company began to crumble.

Presented with a much leaner, faster-growing social gaming company with plenty of cash in the bank, the board was pleased enough with Marino’s job to give her a promotion to CEO. But will these early victories be enough to turn the company around and differentiate itself from larger, sexier players like Zynga?

Marino tells us her hopes and fears for RockYou in the clip below.