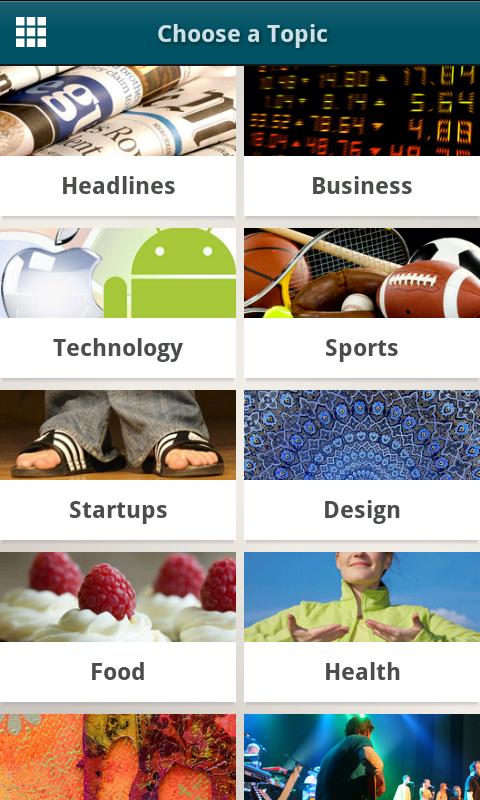 It was another fast-paced day at 500 Startups’ open house in Mountain View today, as Dave McClure and company officially introduced the world to its first batch of killer startups. One of the many stellar demos came from Ninua, a startup that is building social apps around news, blogs, and social media.

Its recently launched Ninua News Reader is a news-sharing application for Android that recommends articles and blog posts that people in your network are writing or sharing. It allows for the automatic curation of what appears in your stream, based on your interests as well as your friends’ interests. Not another news aggregator, you may be muttering. Well, yes, but it has a slight twist. It’s Facebook enabled — and built on a blog platform.

The Facebook app is something Ninua has had success with in the past. The Ninua News Reader is built on top of the startup’s first app, NetworkedBlogs, an application that allows you to syndicate your blog to Facebook and to embed social widgets on your blog. It’s designed to help bloggers build a presence on social networks like Facebook and Twitter who might not be able to otherwise. After all, the bottom 98 percent of blogs get 3 pageviews a day, so social network reach changes the game. Part MyBlogLog and part RSS feed, NetworkedBlogs has gained some serious traction and currently has just under 1.7 million active monthly users.

For the first release of its reader (which you can see in the image above), Ninua will be purely serving recommendations from the 700K feeds on NetworkedBlogs. While that leaves out a few services, it’s perfect for blog enthusiasts. And considering Networked is the largest news community on Facebook, it has sizable reach and a dearth of content from which to serve you your daily news soup.

As an interesting aside, in a turn away from the Web 2.0 naming standard, Founder and CEO Waleed Abdulla told me that startup derives its moniker from an ancient Assyrian city of the same name. Ninua was home to one of the largest libraries of the ancient world, with some 30K clay tablets in store. Using its namesake as inspiration, the startup is aiming to serve you with news and information that is topical and informative to you, specifically. While it leverages Facebook’s social graph, it does so only with the intent of suggesting relevant social connections — your friends and people with similar reading habits.

Both NetworkedBlogs and the Ninua Reader are free, but NetworkedWorld offers premium upgrades for $20. And at some point in the near future, Abdulla said, the reader will offer premium upgrades as well, like in-app purchases. These premiums have allowed the startup to become cash flow positive in recent months.

Ninua has raised $150K from both the fbFund and 500 Startups.