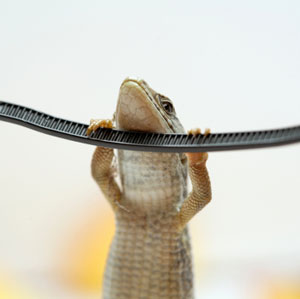 San Francisco City Supervisors are meeting today to vote on whether companies like Twitter moving into the city’s blighted Tenderloin neighborhood will get a generous enough tax break to keep them from leaving the city. It’s an important vote for all of Twitter’s employees, as it will probably dictate whether they start commuting to Brisbane or not. And it’s an important vote for Zynga, Yelp and other large startups who are having similar conversations with the city.

But the vote is also an important first step for any entrepreneur thinking of opening a high-growth company in San Francisco– ever.

As a refresher, the problem here isn’t whether startups should be immune from paying city taxes. Many of them– like TechCrunch– are happy to pay taxes to San Francisco. The problem is the way San Francisco taxes companies, using a payroll tax that no other city in the state uses. That’s for good reason: It disincentives startups to get big and hire more people. And, as we first reported in February, San Francisco may be the only city in the United States that can legally extend this payroll tax to stock options.

This is more than a mere “disincentive” for pre-IPO companies to stay in San Francisco; it means they can’t stay and uphold their fiduciary duties. Going public from San Francisco could cost companies like Twitter, Zynga and Yelp as much as half of the IPO proceeds in taxes. Again, it’s a tax the Federal government doesn’t levy on startups, and one that no other city in the United States levies– particularly those smaller cities that are just a few miles from Twitter’s current headquarters.

Still, there’s a lot of groups in the city lobbying against any change in taxes, confusing the issue with “corporate welfare.” I’ve read through some of the materials they are sending out, and while a lot of this is politics, there seems to be a lot of genuine confusion between the nature of the way big companies, small businesses and startups work.

One landed in my inbox from the Service Employees International Union yesterday. The union opens the letter saying a tax break of $20 million to one company is outrageous. I don’t necessarily disagree. And that is one reason why it’s so important that San Francisco change its payroll tax to a system more in line with what every other city in California uses. As long as such a geographically small city is so out-of-step with its neighbors, the bulk of high-growth companies– like Yahoo, Google and Facebook– will start in other areas of Silicon Valley, and those who do start in San Francisco and get huge will demand an exemption to stay. Because the laws are so outrageous compared to neighboring cities, the way to avoid this situation in the future is to change the tax permanently.

I’m not advocating letting companies off the hook for taxes: Just the levying of ones that make sense and don’t put the city at a huge competitive disadvantage. If this were the case today, Twitter would have no argument. The San Francisco Planning and Urban Research Association has an excellent editorial today that argues this point as well.

Meanwhile, here’s a point-by-point rebuttal of an email circulating on behalf of the 14,000 member SEIU to encourage rejection of today’s vote.

Agreed. No one is arguing that Twitter is asking for a tax break out of financial hardship. Indeed, the reason we’re debating the point is because Twitter is so healthy. It’s Twitter’s ability to create thousands of jobs that makes the city so desperate to hang onto it. And it is Twitter’s likelihood of going public that means the company can’t afford to stay. If Twitter was a slow-growing, struggling company or mere-acquisition bait, none of this would be an issue.

As per the point of Costolo’s income, this is one of those cases where the SEIU is confusing a small business with a startup. If Twitter were, say, a chain of dry cleaners, 100% owned by Costolo, this would be a relevant point. But Twitter is a startup backed by investors who are in the company for one reason: To build a huge company and make a huge return. Twitter is viewed by these investors as a global company, not a San Francisco company. If San Francisco is going to thwart Twitter’s ability to invest capital in its growth, then Twitter will move. Plain and simple.

Costolo is essentially an employee of Twitter. His personal bank account doesn’t back Twitter anymore than mine keeps TechCrunch in business. It has nothing to do with the company’s strategic plans and is only included in these talking points to confuse the issue and to turn less well-off city residents against him.

Again: The debate has nothing to do with any Twitter or Costolo “bail out,” and that’s why the “corporate welfare” moniker is so misleading. It is a bid to keep high-paid jobs in the city.

• The impartial analysis from City Economist says tax breaks like the one offered to Twitter for locating in San Francisco aren’t necessary — they often go to companies that would have chosen to locate in the City anyway.

Here, the SEIU is confusing a high-growth startup with a large corporation. I grew up in the Southern United States where city governments would frequently offer huge tax breaks to get large manufacturing giants or even big box retailers like Wal-Mart to open stores and operations in their cities to create jobs. I totally agree that that’s usually a bad use of city funds. Especially in the case of big-box retailers, many studies have shown that they’ve been a mixed blessing, robbing employees and sales revenues from smaller mom-and-pop stores.

But again, that’s not what’s being discussed here. Twitter is already in San Francisco, for one thing, so arguing they might move here anyway makes little sense.

There’s another obvious distinction: A big company is not rapidly creating jobs and gearing up for an IPO. A startup is. Again, that’s the reason San Francisco wants to keep Twitter, and the very reason Twitter can not stay even if the management wanted to as long as the outrageous stock option tax is on the table.

• San Francisco’s competition for Twitter, the City of Brisbane, is tiny and has no other major technology companies.  It doesn’t even have a grocery store or a gas station. Many observers believe it is simply a “straw man” to leverage San Francisco into handing over a special payment to an already rich company.

This is just silly. In the history of Silicon Valley, most of the largest companies have been built in small peninsula towns, not in San Francisco. Brisbane is about eight miles from the proposed spot that Twitter would move into should today’s vote go the way the Mayor hopes. In most major US cities, that doesn’t even count as a commute. I don’t know how many grocery stores and gas stations are between the two, but I’d guess it’s plenty. Twitter doesn’t have to work hard to recruit employees to join it, nor does it need other big technology companies near by. A move to Brisbane means employees can’t bike to work or have as many lunch options in walking distance, but little else. This is not a painful quality-of-life sacrifice for the company.

No one who understands how startups work views this as a “straw man.” If they did, you wouldn’t have four different groups of supervisors rallying to fix the problem. Again this isn’t a small, lifestyle business, this is a startup on a mission to build a big company. It’s not an emotional debate, it’s a matter of which location is in Twitter’s best fiduciary interest. It’s not only not a “straw man”– it’s a no brainer that Twitter or any other startup in its situation will move a few miles away and save the tens of millions of dollars in taxes to invest in its business.

Why do you think the vast majority of large Silicon Valley names are located outside of San Francisco? There’s a pretty strong precedent that this is the way things have been done. Twitter, Zynga and Yelp have been the ones bucking the trend up until now.

• If this tax giveaway is approved, what’s to stop existing businesses like Wells Fargo, SalesForce.com and others from threatening to leave unless they get a special deal?

Simple: They are not fast-growing, pre-IPO companies. All proposed legislation is aimed at these kinds of companies specifically.

• Finally, there’s nothing in the proposed deal to stop Twitter from moving its employees out anyway after it receives the special break.

That’s true. But then it’s a moot point isn’t it? If employees aren’t here then the city isn’t giving up payroll revenue. It’s a break from paying a tax, not an actual check for $20 million the city is handing over. If Twitter moves employees, then theoretically the SEIU shouldn’t have an issue.

The SEIU urges its members to send complaints to the Jane Kim at Jane.Kim@sfgov.org or David Chui atDavid.Chiu@sfgov.org to reject the deal. If you work at one of these companies and want to stay in San Francisco or want to start your own company here one day, now you’ve got their email addresses too.