This move is similar to when Twitter partnered with realtime data provider Gnip to make parts of Twitter’s firehose commercially available five months ago, except Gnip focuses on bulk instead of vertical searches.

According to Sarver, Mediasift will “serve the analytics market we can’t serve ourselves.” “We’re trying to commoditize data processing,” said founder Nick Halstead about offering developers the ability to use Mediasift’s DataSift in order to analyze the Twitter firehose.

Halstead’s company used to focus on Tweetmeme, but expanded the platform to all realtime data at TechCrunch Disrupt in September. DataSift’s platform provides developers with alerts, analytics and a realtime API through a drag and drop graphical interface.

DataSift’s bread and butter is being able to drill down on vertical data, for example mentions of Starbucks on Twitter with a positive sentiment or Foursquare checkins from people with a certain Klout score.

Sarver told developers to stop focusing on building Twitter clients in March and to focus on data and different niche verticals. Looks like Datasift has complied. 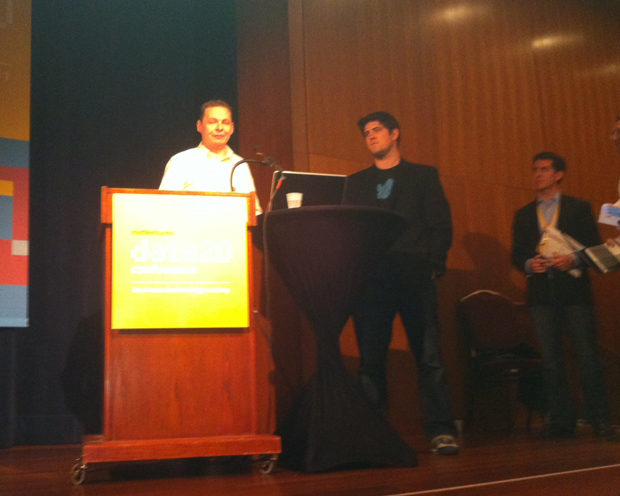