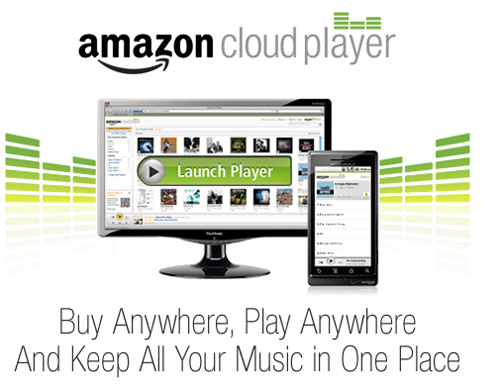 Amazon may have introduced its digital locker music service, the Cloud Player, before similar services from rivals Google and Apple (that are widely believed to be launching this year), but that doesn’t mean it will be an easy existence. Not long after the company published a note on its Web site inviting users to give Cloud Player a try did one of the major record labels offer a warning. “We are disappointed that the locker service that Amazon is proposing is unlicensed by Sony Music,” a Sony spokesman said. Is Amazon on a collision course with the music industry, and if it is, could that be a good thing for consumers?

The Amazon Cloud Player gives users the ability to listen to their music collection from anywhere they have an Internet connection, either via a Web app that’s compatible with all major browsers or an Android app. (The service is officially incompatible with iOS devices such as the iPhone, but users have nonetheless reported partial success using Mobile Safari.) Users upload their music files, either in MP3 or AAC format, to their online account (or “locker”), and can thenceforth access these files with the Cloud Player. It’s your music anywhere and everywhere you happen to be. Amazon gives everyone with an Amazon account—and who doesn’t have one of those?—5GB of free storage, with premium options available for more storage space. (Not that hard drive space is expensive these days. Scroll to the bottom of your Gmail inbox and you’ll see that Google already gives you more than 7GB to play with by default.)

The idea of streaming music isn’t new. Services like Spotify in Europe and Rdio in the U.S. have long given users the ability to stream music using a variety of desktop and mobile applications. The key difference between these services and the Amazon Cloud Player is that Amazon’s allows you to upload your own music to its servers (“the cloud”), and then access those as you see fit. If you have an old Rolling Stones CD ripped to your hard drive you can’t upload those files to Spotify’s cloud, but you can upload them to Amazon’s. The record labels, which have hardly been friendly to the digitization of music since the days of Napster, don’t necessarily approve of this feature, saying that Amazon doesn’t have the proper licensing agreements in place to offer that kind of capability.

Sony Music has been the most vocal opponent thus far. It told Reuters that it didn’t think its licensing agreement with Amazon would permit streaming music. (The record labels differentiate between giving users the ability to download a song once versus being able to call upon that same song as you see fit. Think you own a song when you download it from iTunes? Think again, as you’ve only purchased a license to download the file once. Ownership of digital music is a thing of fiction.) More ominously for Amazon, it also said that it was “keeping its legal options open.” But what type of problems could Amazon run into?

Julie Samuels, a staff attorney at the Electronic Frontier Foundation, says that Amazon may model its defense on how Cablevision successful argued for its remote storage digital video recorder, or RS-DVR, in 2006TKTK. Users would use the RS-DVR as they would a traditional DVR—pause live TV, rewind, re-watch recorded content, etc.—except all of this content was stored on Cablevision’s own servers. Cablevision argued that despite the fact that the hard drive in the DVR was located somewhere else, its functionality was identical to that of a traditional DVR. Amazon could argue the same thing, that all its doing is putting somewhere else the users’ hard drive that otherwise would be sitting on their desk.

Perhaps to avoid all of that, Amazon is now said to be “aggressively” courting the record labels to ensure that the service doesn’t land the company in a federal court.

Amazon’s not the only company that’s offering such a service. MP3Tunes.com also offers a digital locker, and an assortment of desktop and mobile applications to access that locker. It just so happens that EMI, one of the big four record labels (and founding member of the Recording Industry Association of America), has been fighting the service in court since 2007.

But if Amazon is able to convince a judge that what it’s doing is just that, merely giving users access to a hard drive that just so happens to be available somewhere else.

Unless the record labels are prepared to argue that it’s illegal to set up a Web server (thisismymusiccollection.com) and access its files, in which case the nation’s copyright laws are truly uselessly antiquated.