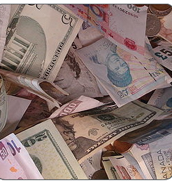 As you may have heard, yesterday Salesforce announced the $326 million purchase of social media monitoring company Radian6, the CRM company’s largest acquisition to date. While we know that Salesforce has been actively pushing its social strategy with the debut of a Twitter and Facebook-like Chatter and the Service Cloud 3, $300-million plus is a lot of money for the CRM giant to shell out for a single company. In a press call with Salesforce executives and analysts yesterday, the company’s CEO and founder Marc Benioff said that Radian6 currently has a revenue run rate of $35 million and is expected to add $40 to $50 million in revenue to Salesforce’s top line this year.

At $326 million, Salesforce paid nearly ten times Radian6’s revenues, which is rare. So why did Salesforce want Radian6 so badly? First, Salesforce is aggressively pushing a social strategy and it’s a dog eat dog world in the social enterprise space with a massive number of companies trying to capture marketshare for social applications. Salesforce is actively marketing Chatter but the Yammer and Jive competitor isn’t a clear cut leader in the space. Radian6 boosts the company’s footprint in social, and provides an established set of well-known clients, such as Dell, GE, Kodak and UPS.

Salesforce has already stated its intention to integrate the two applications to ‘create the bridge between public social networks, like Facebook, Twitter, YouTube, blogs and online communities, and Salesforce Chatter, the private, secure social network for the enterprise.’ According the company, ‘Chatter feeds will no longer just contain the activity happening within the walls of a company, but will be filled with real time insights from fans on Facebook pages, followers on Twitter, comments on blog posts and more.’

Another reason why Salesforce bought Radian6 (and paid through the nose) was that it was in a rush to add social media monitoring to its family of products. When an analyst asked Benioff why Salesforce didn’t just develop the technology in house, he said that he needed to move quickly as more competitors move into the world of social enterprise. Salesforce CMO Kendall Collins said it would have taken at least three years for Salesforce to build the technology in-house.

Collins tells us that the company looked at entire space of social media monitoring companies, but narrowed it down to a few select companies. In the end, he says, Radian6 was the leader in terms of technology, clients and talent.

Clearly, Salesforce is making it known that it is willing to pay the big bucks for social. Even the company’s latest investments, including Seesmic and HubSpot, have been made in social applications for businesses.

And for social media monitoring, this exit is probably the largest acquisition to date. Lithium bought ScoutLabs for $20 million to $25 million last year and Jive bought Filtrbox for an undisclosed (and probably small) amount.

It’s unclear if Salesforce’s massive bet will pay off in the end. Yes, it will have a social media monitoring application within its comprehensive portfolio of products. But what’s to stop a competitor (i.e. Microsoft or IBM) from buying a smaller (and less expensive) but equally as feature rich app like HootSuite or ViralHeat?