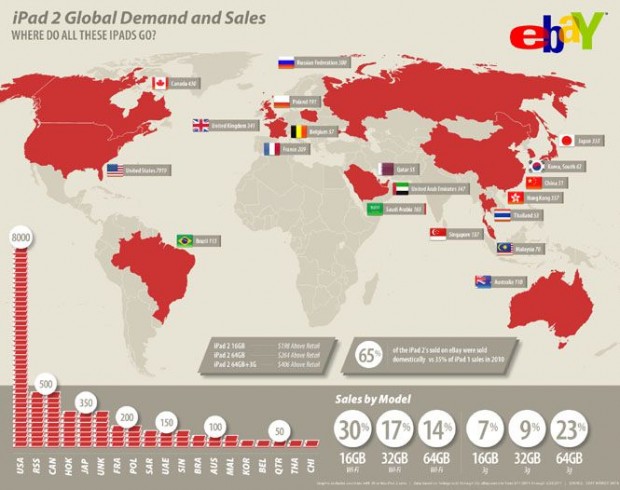 Shortly after Apple releases new products into the market, they find their way onto eBay — at a premium, of course. According to data released by eBay, the iPad 2 has been one of eBay’s most popular items over the last few weeks; eBay sold 12,000 iPads in the first two weeks (65% to US customers and 35% to international customers).

eBay says the largest population of iPad buyers abroad were in Canada and Russia, while China and Japan followed close behind. The two most popular iPads sold were the base 16GB WiFi-only model (for almost $200 higher than retail) and the fully-loaded 64GB 3G model ($406 higher than retail).

It all makes sense now. No wonder people form lines to get these things. Profits!