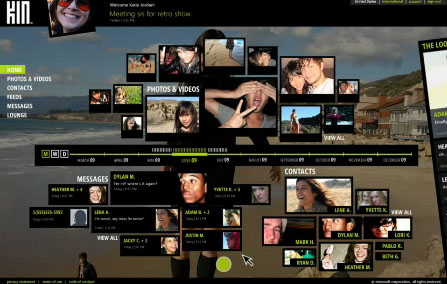 Back when the Kin kicked the bucket almost immediately after it launched, we were pretty bummed. Not because either of the Kin-branded phones were particularly good, mind you — but because there was just one feature that we really, really wanted to see succeed: Kin Studio.

For those who didn’t pay attention to the Kin (don’t worry, you’re not alone. Obviously.) Kin Studio was a constantly synced, browser-based cloud service that stored backups of all of your videos, pictures, and text messages. Need a photo off your handset, but can’t find the cable? Don’t feel like going all the way across the room to grab your phone to view that video you recorded last night? Just pop into Kin Studio, plug in your credentials, and it’ll all be their waiting.

Alas: when the Kin died, so did Kin Studio. But according to the ol’ Rumor Mill, Microsoft might just be bringin’ it back for Windows Phone 7.

There’s not a whole lot to go on right now, but Windows Phone blog WP7AP spotted this job listing over at the Microsoft Careers center talking up a previously unannounced “Mobile Studio” project. ZDNet’s Mary-Jo Foley — who generally has her ear pretty low to the ground on these things — took the detail and ran with it, theorizing that it may very well be Kin Studio reincarnated for Windows Phone 7.

Sure, we’re all grasping at straws here, but with good reason: Kin Studio was pretty great. If Microsoft isn’t working on bringin’ it to Windows Phone 7, that’s a mistake on their part.