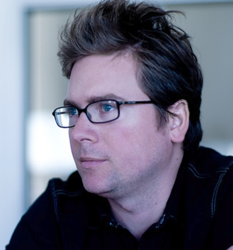 After talking to Conan a few weeks ago, and CNN’s Piers Morgan last night, Biz Stone made an appearance on another mainstream media show today: Howard Stern. You can access the interview here.

Unlike many of Stern’s interviews, this one was mostly PG-rated. One of the most interesting tales revealed in the interview was the backstory behind Facebook’s offer to acquire Twitter back in 2008 (the story is at the 16 minute mark in the interview). As we know, Facebook reportedly offered Twitter $500 million to acquire the company in the fall of 2008. Biz tells Stern that he showed up at work one day and Twitter employee Jason Goldman (who is no longer with the company) told him that fellow co-founder Evan Williams was waiting for him downstairs in a car.

When Stone got in the car, he had no idea that the two co-founders had a meeting scheduled with Mark Zuckerberg to talk about the acquisition. In the car ride to facebook, they casually talked about a possible price, and Stone threw out the $500 million number, which they agreed would be a starting place in acquisition talks. When they got to Facebook, Zuck entered the meeting room and took the only single chair in the room, forcing Biz and Ev to share a small love seat. Talk about intimidating.

He said it was awkward from the start. Biz was trying to throw jokes around, and each joke died. “It seemed like he had twelve people in his head,” explains Biz, “He was prepared for every scenario.” Zuck told Ev and Biz that he doesn’t like to talk numbers, but if they told him a number he would say yes or no. The $500 million price was thrown out and Zuck responded with “that’s a big number.” Eventually Biz says there was an offer of a mix of cash and stock but when Ev returned to the office that afternoon, he wrote Zuck a note that they were flattered by the offer but not interested in selling. And the rest is history.

Other tidbits from the interview included the story behind how Twitter was formed within Odeo, why Biz is known as Biz (he couldn’t pronounce his first name Christopher as a child, and said ‘Biztopher’ instead) and that he takes a salary (that isn’t terribly large). He also said that Twitter needs to add the ability for people to add a comment to retweets.

The entire interview is around 45 minutes but it’s pretty entertaining if you have the time.