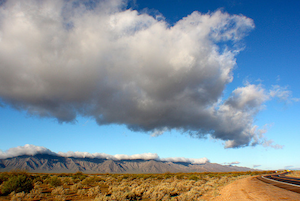 Amazon’s move into the cloud music storage and streaming game is nothing if not controversial. I love it. They’ve seemingly looked at what companies like Apple and Google have been dealing with for months, if not years, and just said “screw it, let’s just do it.”

Of course, the service itself seems kind of “meh”. But I’m more than happy to take “meh” over nothing at all — which is exactly what the other big players have given us. It has been all empty promises (Google) and endless whispers (Apple). Amazon actually did it. And they deserve credit.

And now comes the legal game.

CNET’s Greg Sandoval has a great rundown of what exactly is going on following Amazon’s maneuver. MediaMemo’s Peter Kafka has a good follow-up on what comes next. And our own Robin Wauters looked at things from the perspective of the competitors. The basic gist? The labels are trying to figure out what action to take — if any — against Amazon for doing this without their permission. Of these, Sony seems the most annoyed and likely to act. But can they really do anything?

Amazon’s stated position seems to be “no”. Their basic argument is that when a customer buys a piece of content (be it music, movie, or something else), they own it. It should not matter if it resides on the hard drive in their computer or in space they lease from the cloud.

Of course, the actual situation is much more murky. It’s always been a bit of a gray area as to whether or not you actually “own” a piece of music when you buy it. This is because the labels have done a great job over the years negotiating comical terms of usage that you agree to without even realizing it. And that may include the ability to store your music on a remote server and stream it. That’s what this is all about, after all.

Further, as both Sandoval and Kafka point out, this may be more of a move by Amazon to simply get the ball rolling. The argument here is that Amazon could change things down the road as necessary. This may just be version one of their cloud offering, and it could be that version two does require some licensing agreements with the labels. Again, this is a very savvy move by Amazon.

But the fundamental issue here remains: should storage in the cloud that you pay for really be different from your local hard drive? Think about that for a second. It’s actually pretty ridiculous that people think it should be different.

Currently, if you buy a song on iTunes or Amazon or elsewhere, you’re free to play that song as often as you wish on your machine. You’re also free to burn it onto a CD or transfer it to an MP3 player. I’m just not sure how moving it to the cloud is any different.

The streaming aspect may seem to be an issue as that does require a different license. But this isn’t the same as listening to streaming music via a subscription service. Again, you’re supposed to “own” this music.

And going forward, we’re only going to see more and more of our content stored in the cloud. Services like Gmail took us one step, Google Docs took us another, now Dropbox, MobileMe, and Chrome OS are taking us the rest of the way. This is the future.

Of course, there’s an easy answer as to why the labels think the cloud is different from your hard drive: greed. As in, these guys are greedy and see dollar signs at every corner. It’s sad, really — and it speaks to the current state of the industry.

Here’s to hoping that Amazon sticks to their guns and continues calling the record labels on their ridiculous bluff with regard to music in the cloud. I don’t care what the fine print on the terms say, if you bought a song, you should be able to store it where you choose and play it back where you want.