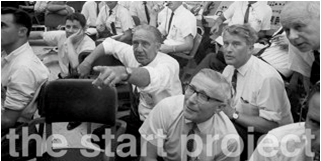 In late 2009, a group of seasoned entrepreneurs and investors came together to form The Start Project, a Silicon Valley-based incubator focused on idea generation, software development, product vision, and bringing great ideas to market. The project is the brainchild of Narendra Rocherolle of 83 Degrees and Webshots, among others, and Josh Felser of Spinner, Crackle, and Freestyle Capital fame.

Not long after The Start Project’s launch, Twitter co-founder Biz Stone, WordPress co-founder Matt Mullenweg, and former Google exec and angel investor Chris Sacca agreed to act as advisors to the incubator’s companies, both before and after launch.

At the time, some likely asked, “does Silicon Valley really need another incubator?” Fair enough, but with such an impressive cast of investors and entrepreneurs surrounding the project, I’ve been excited to see what kind of businesses it would produce and what digital problems it would choose to address.

Today, Message Bus becomes our first look into what the group has been up to over the last year: thinking about email delivery, open APIs, and infrastructure applications. Like so many other startups before it, Message Bus is aiming to tackle the age-old problem of how to make our email systems easier and, at the same time, more robust.

So, Message Bus bifurcates this challenging task into two parts: First and foremost, maintaining and administering email systems no longer makes sense for most companies, so the startup wants you to be able to send an email via a simple API easily and reliably — by providing a scalable engine that ensures the highest deliverability of email. Second is to “focus on an agnostic messaging architecture at the plumbing level, Twitter’s road not taken”, says Narendra in a blog post on the company’s website.

As such, Message Bus pegs itself as an “infrastructure apps company” that is targeting the many businesses that no longer need to build up an entire stack to service their products. Its infrastructure applications will offer a suite of messaging utilities, beginning with email, in an effort to open up the massive data clouds behind every messaging system to allow companies greater insight into the data and analytics behind their applications and businesses.

Message Bus is also announcing today that it has completed a $3 million series A funding round, led by early-stage investors, True Ventures. True Ventures joins The Start Project’s seed partner Polaris Ventures, which seeded Message Bus with $275K during incubation, as well as a range of individual investors and advisors.

The Message Bus team will be led by The Start Project co-founder Nick Wilder, who will be acting as CEO, Narendra Rocherolle as President, and co-founder and director of operations at Twitter, Jeremy LaTrasse, as CTO.

The startup enters a space occupied by services like Dyn, SendGrid, StrongMail, and Amazon SES, but, again, with a veteran management team and formidable support staff, I’m looking forward to poking around the utility a bit more and seeing how its put into action.

For more on The Start Project’s inaugural graduate, check out the startup’s website here and Narendra’s blog post here.