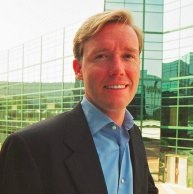 I penned a blog post earlier today covering the potential impact that Amazon’s new digital music locker will have on startups that have been letting people upload their music to the cloud for years (but charge more for it than Amazon does unless they need to store literally tens of thousands of songs).

I got a response from the founders and head honchos of two of those startups in the line of fire, MP3Tunes CEO Michael Robertson, who already has a long and fascinating career (and legal history) in the world of digital music behind him, and Daren Tsui, CEO and co-founder of mSpot.

Robertson’s take was particularly interesting, not just because he’s been an occasional TechCrunch guest blogger but mainly because his opinion on the news covers an important aspect of yesterday’s announcements that hasn’t been given enough attention by media outlets in my opinion: the unavoidable legal part of the equation.

Update: Behind The Scenes: Record Label Demands From Amazon

“Amazon’s entrance into the business is enormously significant because it will dictate whether Apple or Google enter into a license for their own service or go the unlicensed path. If the labels take no action against Amazon, then expect Apple and Google to follow in their footsteps”, said Robertson.

“While the upload process can be a bit time consuming, that’s a small one-time price to pay for sidestepping expensive licensing bills and onerous restrictions. Apple will surely go this route if Amazon suffers no repercussions.”

In other words, put all eyes squarely on the record labels’ legal response to the debut of Amazon’s Cloud Drive and Cloud Player. My educated guess: we won’t have to wait for it long.

Robertson also pointed out that Amazon’s service, while a “solid version 1.0”, is no match for MP3Tunes, his latest venture, explaining that his music locker service works on iOS devices, WebOS and Windows Phone 7 handsets, offers radio stations, comes with auto-synching and offline playback and offers support for any music store, including iTunes, Napster and Zune.

That may be true, but expect Amazon to iterate fast. Also note that Robertson did not address the biggest pain point for his and other startups: the fact that Amazon has priced its locker service extremely aggressively, and will no doubt continue to do so going forward.

Robertson says there will no be immediate changes to current MP3Tunes pricing, although he was keen to note that the startup does offer 10 GB of storage free of charge, via invite. 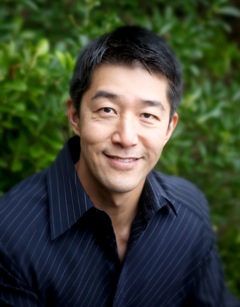 “We think we have a better service and in order to remove any price barriers we’re going to offer 5 GB of free storage. Going forward, we expect that the market for storage will be very commoditized and price-driven; but unique music services like mSpot will appeal more to music listeners looking for a complete experience on both Web and mobile,” Tsui said.

Similar to Robertson, Tsui thinks mSpot can compete with Amazon on a feature level, too, explaining that mSpot works on iPhone and Android devices, offers offline playback and generally boasts faster syncing and streaming. Tsui also points out that Verizon, AT&T and Sprint have been offering its mobile entertainment services to millions of their subscribers for years (under a white label agreement).

Finally, mSpot says it will soon unveil a new music discovery feature that Tsui claims will be “completely unique to the market”.

Now that you’ve had some time to let yesterday’s announcement sink in: does Amazon’s Cloud Drive appeal to you or do you think existing music locker service providers still have an edge?