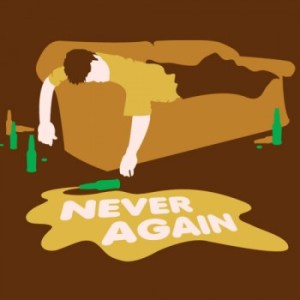 Editor’s Note: This is part two in an in-depth series exploring the ramifications of the explosion of late stage capital being raised by the Valley’s elite venture firms. For part one, go here.

In the mid-2000s when nearly every top venture capital firm was expanding to India and China, Benchmark Capital did not share its peers’ worldly ambitions. In fact, while the firm retained its Israel fund (for now?), it spun off the top performing UK fund Balderton Capital and retrained its focus firmly on the US.

Earlier this year, when early stage investors were losing deals at the hands of the super angels and firm-after-firm launched aggressive seed investing programs, Benchmark Capital did not. It refused to compete with the Ron Conways and Mike Maples of the world; it would wait its turn and invest later.

And now – as Benchmark’s early stage peers are raising $1 billion growth funds and throwing huge sums of money at established companies like Facebook, Zynga and Groupon – once again, Benchmark Capital is refusing to follow suit. It quietly closed its new fund in January. There was no press release, and it was for the exact same amount of money as the last: $425 million.

“We are making a very conscious bet here,” said general partner Bill Gurley in an exclusive sit-down interview with TechCrunch. “Where we’ve been has played a big role in who we are today. What we took away from the past is what it is we do well, and that’s classic early stage investing, taking board seats and adding value to each company on a high-service level. Those other things– late stage, seed stage, cleantech, international– all distract from that.” The kind of masters-of-the-universe swagger documented by Randall Stross in his bubble era book about Benchmark? Never again, says Gurley. Adds general partner Matt Cohler, “Our aim is to be the entrepreneur’s first phone call. That doesn’t scale.”

This is hardly the first time a top Sand Hill Road firm has uttered these sentiments. Everyone said them back in 2002 or so, when nearly every $1 billion fund was “right-sized,” management fees were returned to investors and general partners sheepishly admitted that the venture business was a boutique industry that just doesn’t scale. The difference is that Gurley and Cohler are still saying it at a time when many of their peers seem to have swung back to we-can-do-it-all extremes.

Sure, plenty of venture funds haven’t raised a mega-late stage fund. But that’s because most of them can’t. Benchmark is one of the handful of firms that could raise as much cash as it wants, but it is stubbornly refusing to deviate from classic, board-seat-taking, apprentice-style, we-don’t-have-a-million-associates-we-just-have-general-partners style of venture capital. Did Benchmark invest in Facebook? Nope. And unlike competitors, they’ve moved on. Sure, some argue they pay up on sky-high valuations like the rest of the Valley, particularly for companies like Twitter and Quora. But for Benchmark, “paying up” is more like paying a valuation in the hundreds of millions, not tens of billions.

What’s the real value of investing in Facebook at a heady $30 billion valuation? It probably won’t lose money, but it’s hard to argue it’ll yield a venture-style return. (That term is thrown around a lot these days. For the record, Benchmark considers a venture-style return to be ten times invested capital.) That means there are two benefits: Marketing and access to the greater Facebook network. When Benchmark missed the early rounds of Facebook, the firm went another route to getting Facebook cred and connections: Hiring Cohler, an early Facebook executive, as a general partner. While other firms have chased later and later Facebook secondary deals, Cohler has been gobbling up some of the better investments from the Facebook diaspora like Quora and Asana.

The difference in approach delights some major limited partners who I spoke with over the last few weeks. Each requested anonymity for obvious reasons: Getting in the top firms isn’t easy, and no LP wants to be on the record criticizing one over the other. But this comment was echoed by several pension funds and endowments: “We’ve been a little frustrated at this next level of product extension. We have seen that early stage doesn’t scale. With very few exceptions, the jury is pretty clear.”

Besides, many of the top LPs that may be in Benchmark are also in Accel or Greylock– firms that got into Facebook already at a much nicer price. For them, shares at $30 billion don’t have much of an upside. “We like our cost basis in Facebook,” one LP said. “We were fortunate to be in this company early. We don’t need to double and triple down at these levels.” In other words: Let the LPs control their own allocation, don’t try to control it for them. Of Benchmark this LP said, “I am looking for category killers, and that is what they are looking to do.”

Now, several funds getting into the late stage business have noted that no one is holding a gun to these LPs’ heads. They’re choosing to back these mega-funds, and if they don’t want to, plenty of others will. That’s true, but it doesn’t mean they love the strategy. Frequently, top firms raise expansion funds at the same time they raise early stage funds and the implication is clear: If you want to keep your place in one, you better pay up for the new vehicle too. “It’s a tough conversation, because capital calls have been running at a pretty fast clip, but the liquidity isn’t covering those capital calls,” one LP said.

In other words, LPs have been generous with venture capital allocations and those firms are investing in more and more companies. But for the last decade, returns have been abysmal. LPs get that returns take time in the venture business, but there’s a limit to how long they can wait. As a result, it’s one of the first sustained periods in more than a decade where there is not a flood of capital trying to wedge itself into the venture business. Quite the opposite: Most LPs are uncomfortably over-exposed to the asset class.

And then there’s the biggest complaint roiling LPs: The fees. “The ugliest part of this is the same fee streams are attached to these funds, a 2-2.5% management fee and a 30% carry,” said one LP. “Even though some firms say the justification for keeping the growth funds separate is they don’t want lower returns to drag down the early stage fund.”

Most LPs I talked to granted many of these late stage deals– like the ones detailed in part one of this series on the new late stage frenzy– were unique opportunities, filling a void in the market for great companies that already have sizable revenues and didn’t want to go public but needed capital. But as we wrote last week, the fear is there are only so many of those companies out there. “We like firms that give us the option, but not the obligation,” said one LP, with several others echoing the sentiment. That’s precisely the reason some firms like Andreessen Horowitz and Greylock do mega-deals out of the same fund– if they never find another good one, they can shift their focus back to early stage.

For the broader startup ecosystem, the question isn’t whether Benchmark can ignore late stage deals and still make money. The firm is in solid shape with investments in Yelp and Twitter and up-and-comers like Quora, Asana and Uber, not to mention decent exits in Mint, Riot Games and ServiceSource, which went public just last week. Nor is the question really whether other VCs will lose money on these heady deals. That’s the core distinction between what some in the media are calling a bubble now, and an actual bubble like the one in the late 1990s where the public participated in wild speculation. Top venture firms can lose some money or break even on a few deals, and the economic fall-out will be pretty minimal.

The real question for the industry is about the opportunity cost of distraction should the later stage opportunity prove, once again, to look better on paper than in the actual returns paid to investors. Benchmark believes its stance will give the firm an advantage over its peers when it comes to investing in the next generation of winners. The social media giants have been pretty well sorted out, now it’s just a question of who can grab remaining stakes and at what price.

But what about the next generation? Conflicts are just now starting to surface, as many entrepreneurs trying to disrupt giants like Zynga, Groupon or Facebook quietly express reservations about taking money from a firm that has more money in those companies than it will ever put in any early stage deal, no matter how good. It’s hard to know where loyalties lie in these situations and the question of conflicts within venture portfolios is coming up again and again on entrepreneur and VC blogs and in our own episodes of Ask a VC.

Indeed, some other firms have noted in private conversations that late stage investments not only raised competitive issues with early stage hopeful-competitors, but with international companies competing with Zynga and Groupon in their home markets. The surface of these competitive ramifications hasn’t even been scratched yet. “It creates weird situations where bigger chunks of money tend to steal the attention,” Gurley says. “At that level, fees can be distracting.”