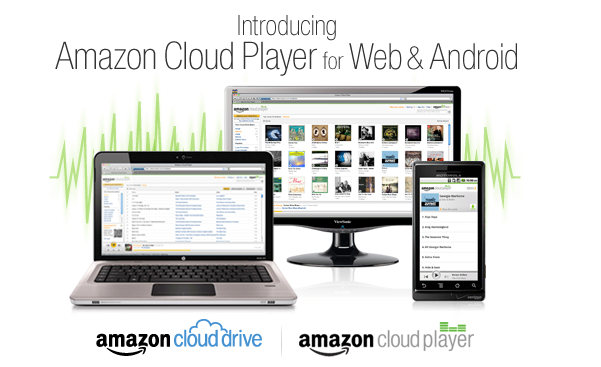 Well, the rumors were true. Not only is Amazon entering the “music locker” space, they’re doing it before both Google and Apple — as their “Cloud Drive” and “Cloud Player” have just gone live on their site tonight.

Cloud Drive is the name Amazon is giving to its media storage space on their servers. They give you 5 GB of storage for free and allow you to access the media from any computer. Cloud Player is the name of yes, the actual player. And it comes in two flavors: a player for the web, and one for Android devices. You’ll note an absence of an iOS player…

So there you go, Amazon has won the race of the big three to deliver a fully cloud-supported music option. Current whispers have Google launching something very similar at their I/O conference in May. And Apple is working on a similar concept as well — but it may not launch until this fall. At least that was the original plan, Amazon’s move may alter things, obviously.