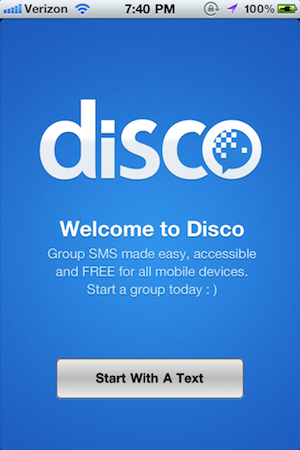 As we just broke the news on, Google has a secret group messaging project that was built from within their confines: Disco. Slide, which Google bought last year, are the ones responsible for the app. And since word is that they’re allowed to run autonomously within the company as their own startup of sorts, the app probably doesn’t have anything to do with Google’s broader social strategy.

Still, it’s a group messaging app that Google owns. So how is it?

Well, it’s very barebones right now. We’ve been playing around the app every since we stumbled upon it, and it’s pretty safe to say at this point that it’s not yet a GroupMe/Fast Society/Kik/Beluga/textPlus-killer. But it is also still in beta, and the iPhone app design implies that it will expand beyond its current shell which is little more than a way to organize group text messages.

In fact, better than the app is the Disco website, which provides a simple, streamlined way to send text messages to your groups from the web. And new messages appear in real time. You can also manage your groups from here, create new groups, and edit your profile. The site also works beautifully with the Google Voice Chrome extension if you have it installed.

As I said, the iPhone app is more of an initialization/organizational one. In fact, when you message someone, it simply loads up an iPhone-style SMS window which doesn’t show you previous messages sent in the group. This means your phone’s built-in SMS app is better to use for context.

Maybe that’s the idea — it’s definitely simple, which is nice. And the app looks good (which is not something you can say for all Google products). But I suspect updates to the app may allow you to see threads and perhaps even use Push Notifications instead of straight-up SMS (similar to the way GroupMe recently switched things up a bit).

Also funny: where’s the Android version? This is Google after all. But that should show you just how autonomous Slide is — they built an iPhone app within Google and completely neglected Android (I wouldn’t be surprised if one is coming though). It also speaks well to the notion that Google is looking for mobile developers to build hot apps from within the company.

Regardless of how it came about, Google now owns a player in the red-hot group messaging space — and it was actually built within the company! This means they don’t have to rush out to try and acquire someone to match Facebook’s acquisition of Beluga.

The next question is how this will tie-in with Google Voice, if at all.

You can find Disco in the App Store here. 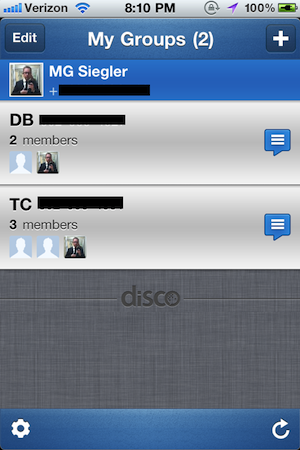 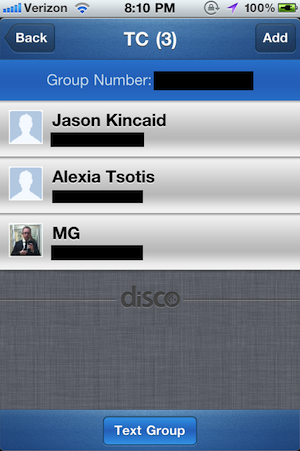 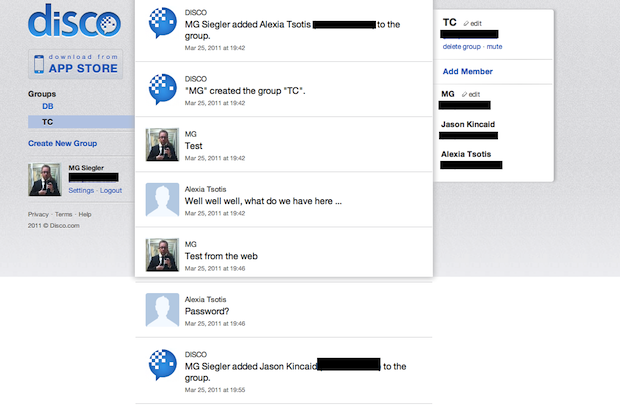 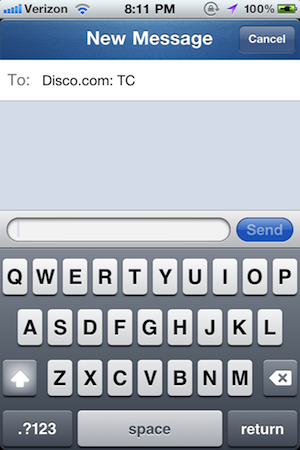 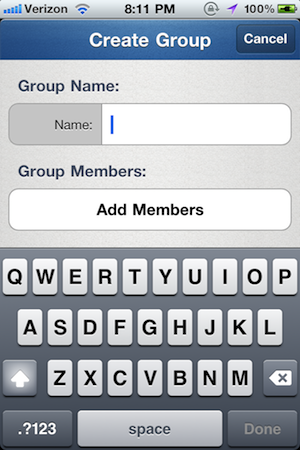