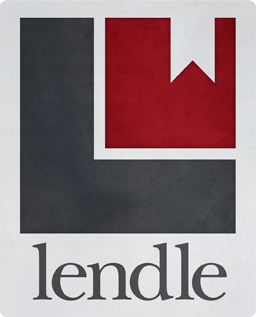 It was an idea as brilliant as it was shortlived: let people swap their eBooks with strangers free of charge using Kindle’s new ‘lending’ feature. And now, after around two months in operation, Amazon has given Lendle the boot.

A little background: earlier this year Amazon gave Kindle a new lending feature that will let you give an ebook you own to a friend for 14 days (Barnes and Noble has offered a similar feature on the Nook since 2009). The feature will only let you lend each book once, and only certain books even support lending in the first place. But it’s still a great feature for bookworms who have grown accustomed to swapping their favorite new reads with friends.

Of course, plenty of books go un-lent, gathering digital dust on our Kindles. Which is where Lendle came in. After signing up, the service prompted users to link their Lendle and Kindle accounts, which built a list of books that each user had available. Next, you’d search for whatever book you were looking for — the service would send a notification to a user that had that book available for loan, and they’d choose whether to give it to you for 14 days.

According to their tweet stream, Lendle was told by Amazon that the service was shut down because it doesn’t “serve the principal purpose of driving sales of products and services on the Amazon site.” It isn’t terribly surprising that Amazon is shutting Lendle down as it could conceivably lead to people buying fewer books, but it’s another reminder of the frustrations associated with DRM-laden content — you may have just paid $10 for a novel, but you don’t really own it.

Lendle fans are up in arms, taking to Twitter to vent their frustrations (Lendle’s official Twitter account is retweeting many of them). Many of these users are actually complaining that Lendle led them to buy more books (or to purchase a Kindle in the first place).

We’ve reached out to Amazon for an official response.