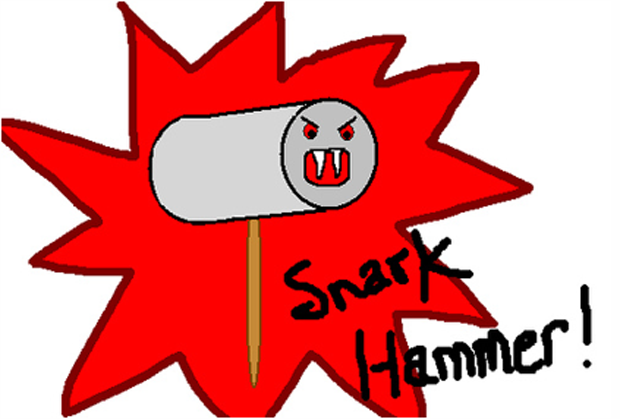 Earlier this week I interviewed Duncan Jones and Jake Gyllenhaal at SXSW, at the press junket for their movie Source Code. While the film doesn’t have a huge tech angle other than the title, I thought it might be good video content for TCTV—the intersection of Hollywood and Silicon Valley is fascinating, and the movie industry is one of the last to get disrupted. It’s always interesting to see how old school media players are aware of the monumental shifts going on in their own industry.

In any case I thought that the way Source Code and Summit Entertainment were trying to target the tech press and, through us, our more social media savvy readers was an intriguing marketing strategy—and an angle! I wrote my “Jake Gyllenhaal Movie ‘The Source Code’ Markets Itself To Techies” post about that instead of turning it into a free ad for the film.

Hope you’re having a good time at SxSW and that it’s not been too crazy busy for you!

First wanted to thank you for covering Source Code/attending the party, etc. But also wanted to raise a concern that Summit had about the piece that ran. They felt it was a little snarky and wondered if any of the snark can be toned down? I wasn’t able to view the video interviews but I think their issue is just with some of the text. Let me know if you’re able to take another look at it and make any edits. I know of course that TechCrunch has its own voice and editorial standards, so if you have good reasons not to change anything that’s fine, I just need to get back to Summit with some sort of information. Let me know.

Now this isn’t the worst thing I’ve ever seen in my inbox, nor is it the first time someone has taken issue with the quirks of my writing style, but it deserves a re-publish here for the following reasons:

a) We’ve made a loose promise that if AOL ever asked us if we could change our coverage in any way, that we’d immediately publish it. Moviefone is part of AOL, so here you go.

b) It highlights a key difference between the Hollywood and Silicon Valley media ecosystem. Granted, it’s common for the press to trade access for positive coverage across all industries (eh hem, Apple), but nowhere is it more prevalent than in the stratified environs of the movie and television industry. It’s almost like a petri dish for media manipulation.

c) What I didn’t understand when writing my candid opinion about the movie and its marketing strategy was that Summit thought that by inviting me to their party they were basically buying a puff piece. The thought never crossed my mind, mainly because I cover startups, and startups, unlike Hollywood stars, want to talk to the press.

The most ridiculous part about this whole episode is that the post in question wasn’t even that “snarky,” whatever the hell that means. I mean it’s not like I wrote “Movie Studio Creates ‘Game’ In Order To Get People To Spam Their Friends On Facebook” in the headline.

The issue is simply that Summit thinks it can pressure us, through an AOL sister site, into making a balanced report more glowing.  And while it’s inappropriate, it’s not surprising.  What is surprising, and sad, is that Moviefone/AOL actually tried to comply with their request and asked us to change our post.  It’s not just sad, it’s wrong.

So no AOL, and Moviefone, and Summit, I will absolutely not tone down my snark. This is Silicon Valley, not Hollywood.

Update: The parts in bold in the above email are my attempts at highlighting phrases, and were not bolded in the original.