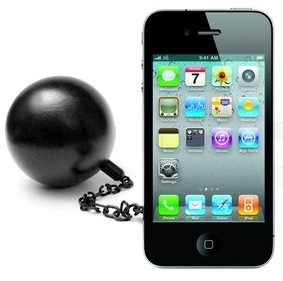 This probably sounds worse than it is, but it’s strange that it should be an issue at all. It appears that web apps and games launched from the home screen (as opposed to being used in the browser) do not at present have access to iOS 4.3’s improved “Nitro” Javascript engine, and are restricted in using web-related cache and resources they would otherwise have when used in-browser. It could be that the Nitro engine simply hasn’t been extended for use by the non-browser web UI tools, but one developer says that the Safari team indicated the problem would not be fixed.

It’s a pretty serious oversight when Apple has indicated such an interest in HTML5 and standards-based apps, but it’s also worth considering that it has a large interest in making such apps available via the App Store, where they have editorial control and revenue possibilities. By refusing to give web apps that have “gone native” access to the improved Javascript engine or preventing them from being run while offline (another new trouble), they could be trying to subtly prod users in the direction of paid or ad-based “real” apps.

On the other hand, it could also be just a slow roll-out of a complicated new bit of code and the developers being affected could just be a minority being affected by this very specific problem.

If you’re interested, there are a number of threads and other sites investigating this issue collected over at Register Hardware.