Google’s blogging service Blogger has been used for over half a billion blog posts (with over half a trillion words in total) to date, writes product manager Chang Kim on the Blogger Buzz blog.

Those blog posts have been read by 400 million readers across the globe, Kim adds. And according to the video below, 75 percent of traffic comes from outside the United States (the service is available in 50 languages).

Now the product is getting an overhaul, the biggest change being a more modern user interface for both the editor and the dashboard (fi-na-lly), built with Google Web Toolkit.

Google says it will be showcasing the new design of the Blogger back-end at SXSW (our coverage of the event), as well as a new content discovery feature that lets users find new content to read based on the topics of the blog they’re visiting.

The new UI is shown extensively in the video below as well, in case you’re not in Austin.

Of note: Google says it will unveil more fresh Blogger features this year – they posit that these are only the ones they’re “allowed to talk about” at this point.

Let’s call a spade a spade: Blogger has been around for a long time, but has unequivocally been losing mindshare to the likes of Tumblr, WordPress, Posterous and even services like Facebook and Twitter for content creation purposes in the past few years.

Its audience is still enormous, though, so it’s nice to see Google hasn’t forgotten its many users around the globe.

We’re looking forward to seeing how the service evolves in the course of this year. 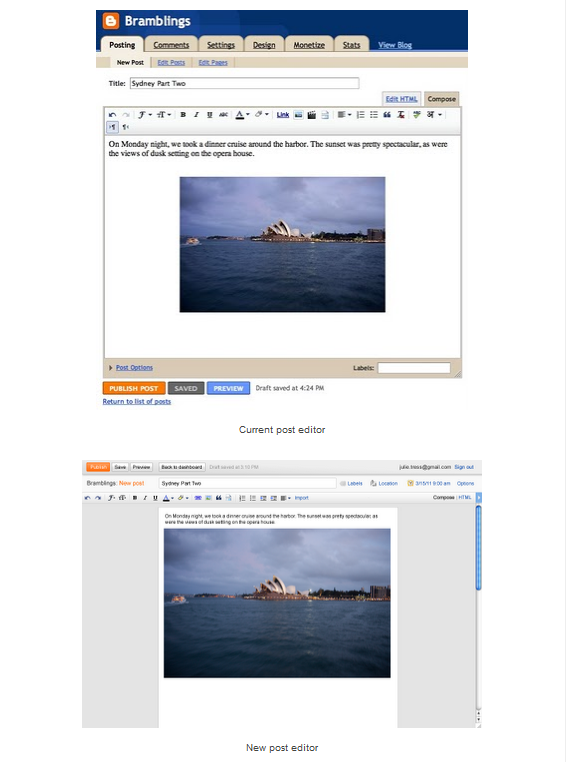 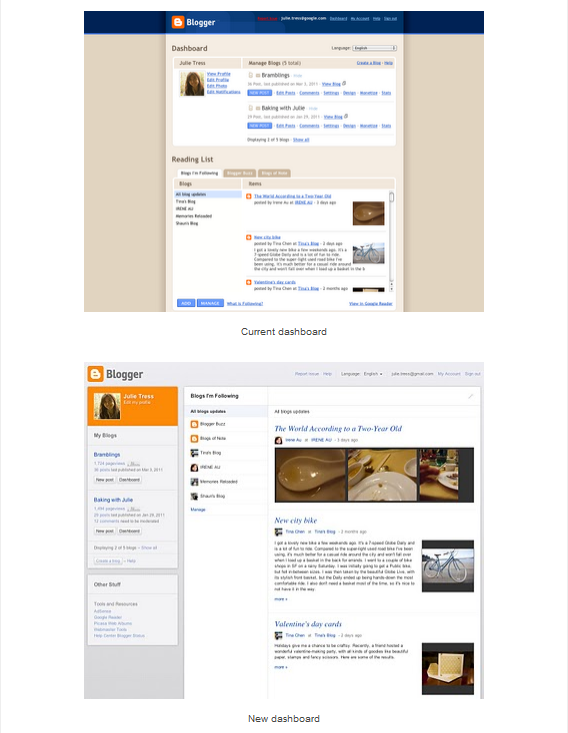