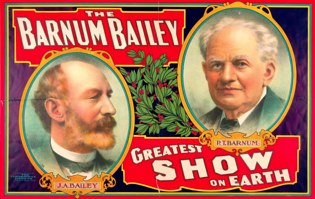 Google will launch a “major new social network” imminently at the SXSW conference, said Read/Write Web early this morning. They were stupendously wrong on timing – Google told us and others that there was absolutely nothing launching in the next few days at the event.

The product details they got were fairly correct, though, from what I’ve heard from sources who’ve seen Google’s product iterations over the last few months. Google will focus a lot on groups of friends and how you share with them, and try to differentiate themselves from Facebook in this and other ways.

But that’s beside the point. Google doesn’t appear to want to have a big launch announcement around the product, now or down the road. They keep releasing (or dealing with leaks) new social features in drips and drabs: toolbar stuff, profile stuff, video stuff.

I’m guessing we’ll see more small releases over time, and won’t get hit with any big announcements just yet. This isn’t based on any sourced information, just my hunch based on what I’ve seen so far. In particular I note Google’s sudden reluctance to even admit that they have an actual social product.

Why? Big press announcements are excellent opportunities to get the press completely focused on you for a day, and get blanket coverage on both tech and mainstream media sites. Lots and lots of people will rush to join the service, and if those people like it they’ll get their friends to join.

But, really, there’s nothing Google could launch that would get people to ooh and ahh. They’ve already sort of had their strike 1 and strike 2 in the social space with Orkut and Buzz. And big launches like Google TV and Wave didn’t turn out so great, either.

Apple certainly couldn’t pull off a successful social network with one big press push, either.

There’s really nothing that could be launched that people would say “Wow, Facebook’s in trouble” by Google or anyone else. Even if Facebook itself launched today no one would be particularly excited. What makes Facebook exciting is that everyone you know is using it all the time, so you need to, too.

So all the stuff that Google is putting together won’t be hurting Facebook all that much, at least for several years. The last thing they want is some big press event that everyone can point back to for those years and say Google blew it again.

But that doesn’t mean they shouldn’t be pushing aggressively in social, and launching new products and features. Citi analyst Mark Mahaney cited Efficient Frontier data in a recent report showing that marketers are spending 6% on Facebook of what they spend on Google, and getting comparable click through rates and ROIs. He also says that Facebook today looks a lot like Google did in 2004, and that Google’s growth trajectory post 2004 could be a proxy for Facebook’s future growth rate:

6% of Google’s Ad Spend Jives With Facebook’s 2010 Revenue — EF’s data point that marketers are spending 6% of what they spend on Google, implying Facebook rev of ~ $1.8B (based on Google’s 2010 rev of $29.3B). In our opinion, this is roughly in-line with the rev that FB may have generated last year, and we think FB made 25-30% net margins. For context, in the year that Google generated $2B in Net Rev (2004), its Net Margin was 24%. In our opinion, Google’s growth trajectory post 2004 could be a proxy for FB future growth rate – given what are similar growth end-markets in Internet advertising. Also, over the last several years, Google has expanded Net Margins to 40%+.

Funnily enough, if people assume Facebook will grow like Google has over the last several years, Facebook’s valuation would be right about where it is – between $50 billion and $100 billion.

That means Google is trying to get its share of a huge new online advertising market that will be worth hundreds of billions of dollars in market cap. That market is just developing now, and those dollars, notes Mahaney and Efficient Frontier, are being taken from offline advertising dollars.

In other words, Google is playing for the long term. And I don’t think they’ll risk that opportunity by having a huge press circus and hoping for the best like they did with Google Buzz, Google Wave and other products. Instead they’ll boil the frog, and hope that in a year or two they’re a serious competitor in Facebook’s world.

What I do expect, though, is for enough stuff to be released that Google can at least talk about their social strategy to developers at Google I/O in May. A controlled physical environment packed with Google fanboys. That’s a much better place to do a song and dance, even a muted one, than in front of the fickle and party crazed crowds in Austin.