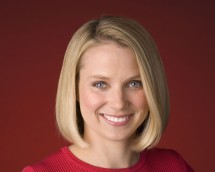 Today at a SXSW talk, Google VP Marissa Mayer took the stage to talk about location — mobile location, in particular. The theme isn’t a surprise since Mayer recently shifted her role from leading Google’s search team to heading their local efforts. Her talk was mostly an overview/demo of Google’s recent product launches, but it did include some new stats.