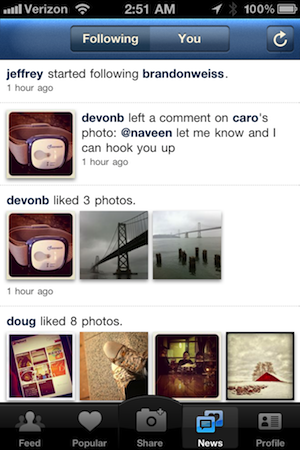 For all the talk of group messaging apps being the breakout hits at SXSW this year, most people are overlooking another genre: mobile photo-sharing apps. But that’s probably because a few of those apps already are pretty big hits. Take Instagram, for example. The app already has well over 2 million users, even though it’s not even six months old yet. For some context, when Foursquare successfully launched at SXSW two years ago, they left town with just 5,000 users.

But just because Instagram has had some early success, that doesn’t mean they don’t recognize the value of putting out a new app in time for SXSW. And this morning we get just that. And it’s brings two pretty significant upgrades.

The first big addition is a new camera feature called tilt-shift. If you’re a camera app fanatic, you’ll undoubtedly already know what this is. For everyone else, it’s a new effect that allows you to focus on a certain part of an image and blur the rest. “It’s one of the most popular filters people have used outside of Instagram,” co-founder Kevin Systrom says, noting that they decided to build their own from scratch.

This marks the first time that Instagram had ventured into effects that weren’t straight-up photo filters. And it’s going to lead to a lot more interesting combinations of photos as it can be combined with any of the existing filters.

But the bigger addition is the new News Feed. Previously, the News tab in the app consisted of new follower, likes, and comment notifications. It was useful to new users, but pretty bland overall. So Instagram redid the entire thing.

Now the News area is more akin to a robust News Feed like what Facebook and other bigger networks offer. You can see who your friends started following, what pictures your friends like, and which ones they comment on. What’s great is that these can be photos from people you don’t already follow, so it’s a powerful new discovery tool.

“I’m excited that the new version gives people a whole new way to browse Instagram. Through your friends’ activity you have rich way for discovering beautiful photos you may never have seen otherwise. The new features open up new doors for exploration and discovery which make Instagram that much more fun to use,” Systrom says of the new feature.

Fans of the way the News tab previously worked can still find that functionality in the new “You” area of the tab. But this has also been given an entirely new look, to be more clickable.

And the Instagram update comes with two other smaller updates as well. You can now finally share Instagram images over email. You can enter one or multiple email addresses in the settings and use the toggle switch to determine if you should send them out with each picture or not. This is useful for services that accept pictures via email (and undoubtedly for parents/grandparents who have no idea what Instagram is as well).

There’s also a new geolocation layer baked into Instagram. While location has been a part of the service since day one, this was previously relying solely on Foursquare’s place database. That’s still there, but just in case you don’t want to tag a picture to a specific place, Instagram will simply record the coordinates that you took the picture at. Why? “This means that within the API, you can find your photos more granularly based on locations,” Systrom notes. He also says that when the website they’re working on rolls out, it will make it so that every picture shows up on a map.

Oh, and one more thing. Regular users of Instagram will know what a pain it is to reply to someone — you have to manually type in their username each time or they may not see it. Well now you don’t have to type it in anymore. Simply hold down on a username you wish to reply to and you’ll get the option to do just that.

That alone may be worth the upgrade. 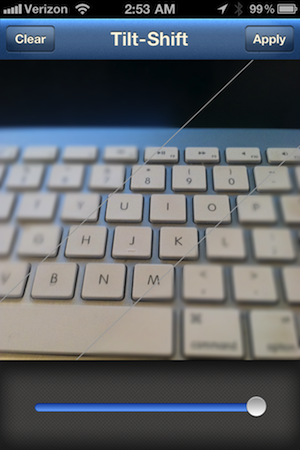 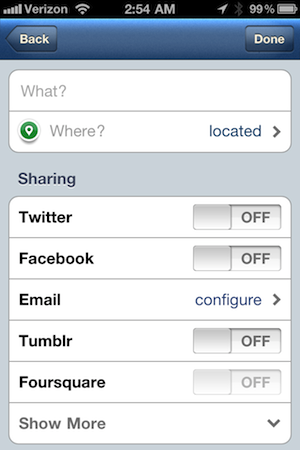