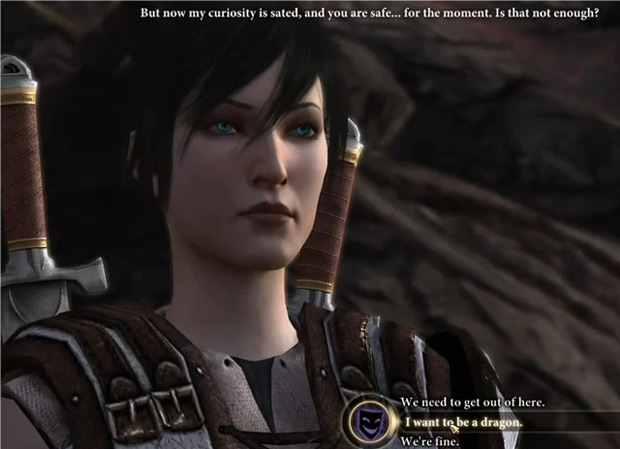 Did EA ship the PC version of Dragon Age II with SecuROM DRM without telling anyone? It certainly looks that way. Reclaim Your Game’s analysis [PDF] of the DVD (ie non-Steam) version of the PC game found that it does, in fact, contain SecurROM, and despite the fact that EA has a 28-page (!) EULA nowhere in there—nor anywhere else—is SecuROM mentioned. Furthermore, once installed, you can’t, as yet, cleanly uninstall SecuROM from your system, as the analysis finds that “DRM Removal tool not provided in game; Some files and registry keys remain.” Thanks, EA!

EA’s own online DRM scheme also requires a constant connection to the Internet in order to play DLC content.

The beauty, of course, is that you could download a pirated copy of the game and not put up with any of this DRM nonsense—legitimate customers treated like potential criminals while actual pirates laugh in their faces. Makes sense.

The game itself has proven to be quite divisive, with hundreds of Metacritic user reviews panning the game for its re-use of environments, the lack of strategic and/or free camera, and the general “hit button for something awesome to happen”-ness of it all.

There’s also the fact that EA seems to have banned a user from playing the game because he made a critical remark about the game on its official forums, accusing BioWare of “selling its soul” to EA, and thereby betraying BioWare’s storied lineage. (The forum account that made the remark is linked to the account that’s need to play the game. Because the forum account was banned the player can’t activate the game to play it.) That’s neat.

I played the demo, and was immediately put off the childish amount of blood in the game. Not even the Total War series—Rome, Medieval, Empire, Napoleon, Shogun 2, etc.—have that much blood, and they’re actual war games.