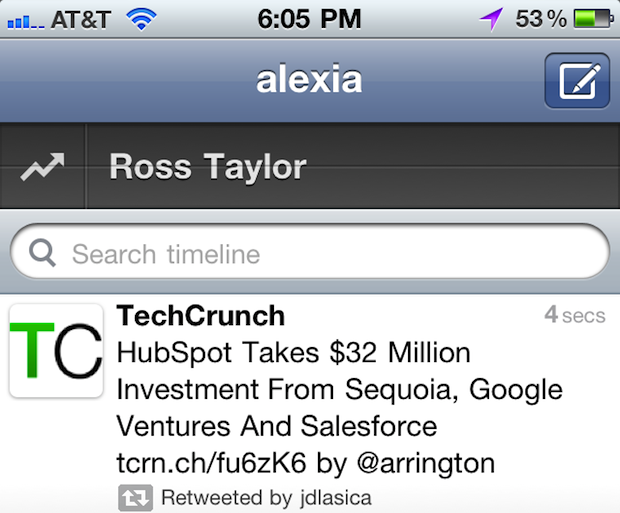 Oh poor #Dickbar, we’ve spent about five days bemoaning how terrible a UI you were and now you’ve been pinned down, unable to roam freely over tweets like the days of yore.

Kowtowing to user and blogger feedback, Twitter has updated Twitter for iOS and the Quickbar, or #Dickbar as it was humorously dubbed, now no longer covers tweets but firmly stays put at the dock at the top of the app. Hmm … Sounds painful.

Twitter also apparently fixed some bugs, to its credit submitting the app for review on Friday, before #Dickbar became a meme, or at least before we posted our own Dick Bar here on TechCrunch (I’ve included it in this post, for old times sake).

So will this appease advertising averse and mouthy users? Well that remains to be seen, but at least the damn thing is staying put, for now.

Pro tip: If it’s not immediately visible as an update, search for the new improved Twitter app in your iOS app store.