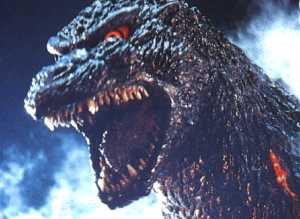 Floodgate’s Mike Maples came in the studio yesterday to pre-tape an episode of Ask a VC, and while we had him here we picked his brain about the state of the venture industry. We started by talking about why his firm, Floodgate, is out of step with the broader Super Angel movement. Not only does Maples not believe you can make money through a spray-and-pray-and-flip approach, he doesn’t want to disrupt the existing venture capital ecosystem. He wants to be a part of it.

We also talk about whether it has gotten too easy to start a company these days. Unlike much of the Valley, Maples still considers success to be a $1 billion outcome, and no matter how many companies get started, statistically only about 15 of them wind up being worth $500 million. There is a downside to those thousands that don’t– it wastes the time of talented would be executives, CTOs or even entrepreneurs who are working on a bad idea. While many VCs say they’ll back any great entrepreneur no matter the idea, Maples says a big reason he turns down deals is because he loves the entrepreneur but thinks the idea “isn’t worthy” of him or her.

Later, in the segment he tells us the three deals that got away, and what he learned from them. Oh, and we also give him shit for starting that whole PIVOT!!! thing last year. He explains the difference between a true pivot and a failed idea grasping at straws.

It’s a long video, but if you’re an aspiring entrepreneur you need to watch it. Maples is an entrepreneur’s VC. He admits to his failings, but has a non-lemming conviction for how he wants to invest.

Maples’ Ask a VC will air Friday and he candidly answers tough questions about two of his most noted investments Digg and Chegg. We’re taping another episode with NEA’s Peter Barris tomorrow, so send in questions for Barris to askavc(at)techcrunch(dot)com.