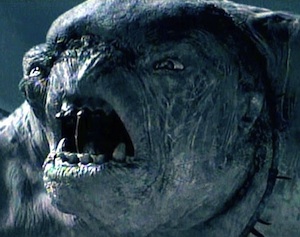 More importantly, is the system actually working? Well, yes — the real question is: is it working too well?

Since we flipped the switch on for Facebook Comments last Tuesday morning, you’ve probably noticed that the overall number of comments have fallen dramatically. This is completely expected and definitely not a bad thing. Previously, many of our posts would get hundreds of comments (and sometimes more), but at least half of those would be of a quality best described as weak to poor. And of those, about half would be pure trollish nonsense.

Simply put: with the previous system, roughly half of the comments were more or less useless.

With the Facebook system, the most popular posts are only touching around 100 or so comments (obviously, the ones about the commenting system have more). But of those 50 to 100 comments, many of them are actually coherent thoughts in response to the post itself — you know, what a comment is supposed to be.

That’s not the case across the board, of course. We’re still seeing a lot of commenters talking about their hatred of the new commenting system. But those are easy to discount as we saw the same comments when we switched to Disqus, and InstenseDebate before that. It’s a symptom of change. Those comments will dissipate quickly, if we stick with Facebook.

But the other interesting thing we’re seeing is that whereas trollish garbage used to infest the comment section, now we’re seeing almost the opposite. Many people are now leaving comments that gush about the subject of the article in an overly sycophantic way. It’s quite odd. The cold pricklies have turned to warm fuzzies.

Of course, neither is ideal. But nausea-inducing kindness is certainly better than rage-inducing assholeishness.

Shortly after we launched the new system, Erick did a post outlining the pros and cons. The majority of those remain the same, though a number of the initial bugs have already been ironed out.  So the big question is: are we going to stick with Facebook Comments?

It’s still undecided. As we noted with the initial rollout, this is very much a test. And it was a necessary test as the commenting situation on TechCrunch has been completely out of control for a long time. It was difficult to look at something like Quora, where people leave comments that are engaging and thoughtful, and then switch over to our site where it was a cesspool of bullshit about many of the same topics.

We have readers of the highest caliber with a deep interest in the tech space from around the world — there’s no reason why our comment section shouldn’t reflect that. Instead, a handful of trolls were ruining things for everyone. Yes, it was often humorous, but completely worthless. And it’s amazing how quickly the trolls vanished when real identity started to be enforced.

That’s not to say that battle is over. We’ve already had some trolls armed with fake Facebook accounts pop back in. But they sure are easy to ban now. I’m sure more will be coming.

We definitely don’t like the fact that you have to use Facebook (or Yahoo) to log in, but Facebook couldn’t come to terms with Google or Twitter in time to make their logins possible. And if they had, that may have just been another easier way for the trolls to get back in.

Long story short, we’re sticking with this comment system for the time being, but that could change at any time. I suspect the number of total comments will begin to rise again going forward — again, we saw this exact thing when we previously switched systems. But if they don’t, does it really matter? It’s the good old quality versus quantity debate.

Traffic to TechCrunch has been largely unaffected by the new system, or perhaps buoyed a bit by Facebook, but that’s not our prime motivation here. It’s about making all aspects of our site useful to readers. And killing trolls.