Because if I don’t write this somebody else will: After blazing a colorful trail through some obscure radio show, The Today Show, Good Morning America, TMZ, CNN and so on, media obsession of the moment Charlie Sheen has brought his antics to Twitter. It looks like Sheen was just set up with a “Verified” account at @CharlieSheen.

While the account does seem pretty boring and lacks an image currently, I’m guessing that it was set up as more of a counter measure to prevent parody accounts like the one below (which sneakily uses a capital “I” instead of an “L” in Charlie) from continuing to, um, parody unchallenged.

It’s testament to the times we live in that Sheen or someone on behalf of Sheen would consider Twitter an important enough arena to pin down. I mean, it’s not like he’s worried about his Myspace profile.

In any case, “Followed” — By me and everybody else in the world.

Update: It took the account less than an hour to amass 100K followers, all awaiting what promises to be a very heavily covered first tweet.

Update 2: And he’s tweeted! And I called it. 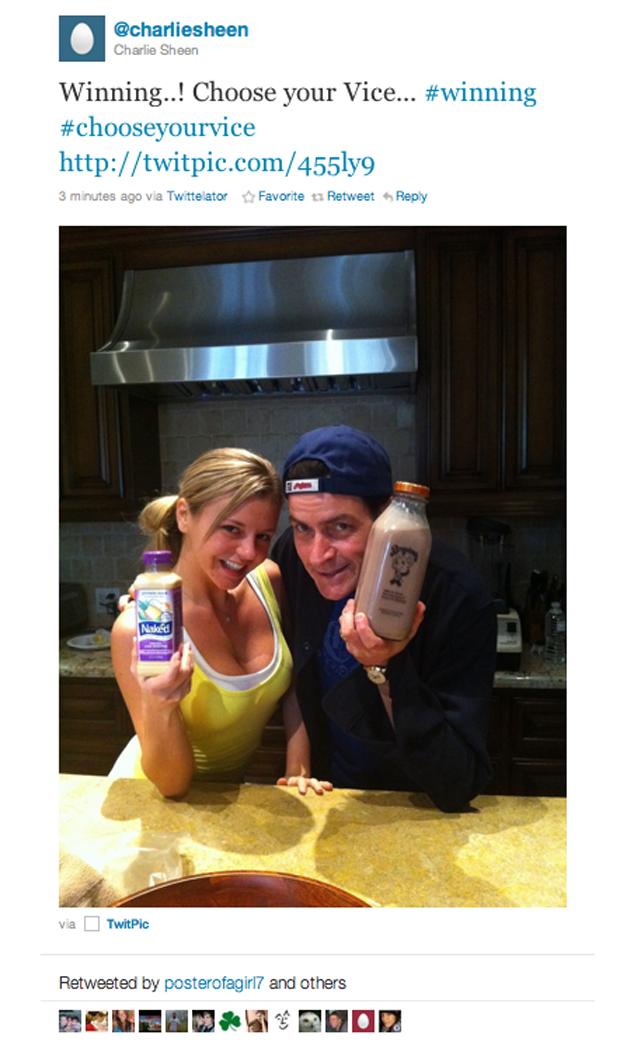