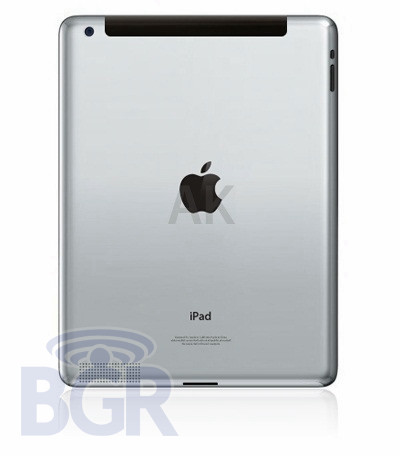 Is this the iPad 2? Nearly everything lines up with the leaked info: flat back with tapered edges, speaker in the bottom corner, camera up top. It even matches-up with most of the leaked cases. If it’s not the real thing, it’s a damn good render. I’m sold.

The only thing missing is the rumored mystery connection found on a couple of leaked cases. It’s widely thought after last week’s MacBook Pro refresh, this hole is for a Thunderbolt port as it would effectively replace a USB connection while providing additional functions. March 2nd can’t get here soon enough.

Apple’s officially announcing the iPad 2 at a March 2nd event. Although the topic at these pressers are rarely announced beforehand, Apple wasn’t exactly coy with this event’s invitation. As usually, we’ll be there live, bringing you the latest news at a sicking pace.