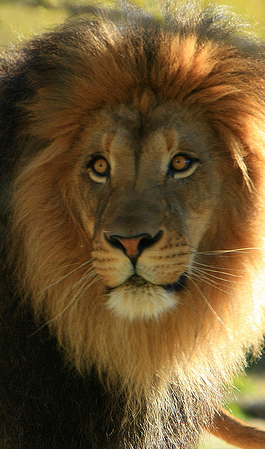 It has now been at least a year since I last used the optical drive on any of my computers. And now I’m really starting to believe I never will again. Which I love.

Last October, I noted that I was ready for the launch of the new MacBook Airs because I realized I had never once used the optical drive on my MacBook Pro. It was simply a huge waste of space. And since I’ve switched over to the Air — the best computer I’ve ever owned — I have zero doubt that this optical drive-free experience will soon be the reality for all Mac computing. And now it’s clear that OS X Lion will be the final ingredient needed.

The last time I can remember using my optical drive was to install OS X Snow Leopard, which was released a year and a half ago. But it’s becoming very clear that Apple will use the new Mac App Store to distribute the follow-up, OS X Lion. And despite a rocky start yesterday with the beta release, it makes a lot of sense.

But one thing I was worried about was system restores. It’s an issue that comes up again and again when I talk about the death of the optical disc. Apple deals with this on the MacBook Air by using a USB bootable restore drive. With the Mac App Store, I was thinking they may have to create a way to burn a backup CD or USB for Lion if you buy it over the web. But I was wrong.

As Cult of Mac notes today, there’s a new feature of OS X Lion which brings support for a separate recovery partition of a hard drive. In other words, if you need to restore your system, you can do it from the other area of the drive, no disc or USB drive needed.

Some may wonder about the scenarios when a hard drive is damaged and the other partition doesn’t work. But for most restores, that’s not the case. And if that is the case, it’s probably best to just go to the Apple Store anyway.

In the newly upgraded MacBook Pros announced yesterday, Apple chose to keep the optical disc drive intact across the line. But rumors are already starting that the product may be totally redesigned next year. And I wouldn’t be surprised at all if that design more closely resembled the Air, with the removal of the optical drive (though perhaps the 17-inch model would keep it for those doing video work).

Just like the floppy disk before it, the optical disc will fade into irrelevance. And now you see why Apple has never included a Blu-ray drive in any of their machines.

Another interesting aspect of OS X Lion points to a future that eliminates hard drives with spinning discs as well. Lion brings TRIM support, which optimizes the clean up of data blocks on solid-state drives. Given the Air’s performance with these drives, there’s no question these will be the future of the Mac line as well.

All of this should be fairly obvious when you think about the future: clearly optical discs and regular hard drives will die off eventually. But Apple appears to be moving aggressively to make it happen sooner rather than later. And it will make rival devices seem unnecessarily slow and bulky — perfect prey for a lion.