We’re quite big fans of Airbnb, the “community marketplace for space” here at TechCrunch, and we’re far from the only ones.

This morning, the young company announced that it has hit a fairly big milestone: one million nights have been booked through the service since its launch (including a couple by TechCrunch staff, I might add).

Airbnb also says it has registered month-over-month growth of 65% in January 2011 alone.

– Guests have traveled from 182 countries to listings available in 170 countries
– 132,000 positive reviews submitted, representing 98% of all reviews
– Most expensive listing: $10,000/night
– Longest single reservation on Airbnb: 200 nights
– Most reservations by a single user: 28
– 281 million miles traveled by guests
– 160,000 iPhone app downloads
– Number of marriage proposals between guest and host: 1

For a neat infographic covering these stats and more, see below or click here.

Nathan Blecharczyk, CTO and co-founder of Airbnb, says the company will continue to focus on expanding its international operations to better accommodate its increasingly global community in 2011.

On that note, I’m reminded of a European rival based on the same idea that launched just yesterday (see The Next Web coverage for more): 9flats, which was established by Qype founder Stephan Uhrenbacher. (Update: there’s also My Friends Hotel).

Curious to see if 9flats, backed by an undisclosed amount of venture funding, will be able to steal some market share away from Airbnb in these parts. 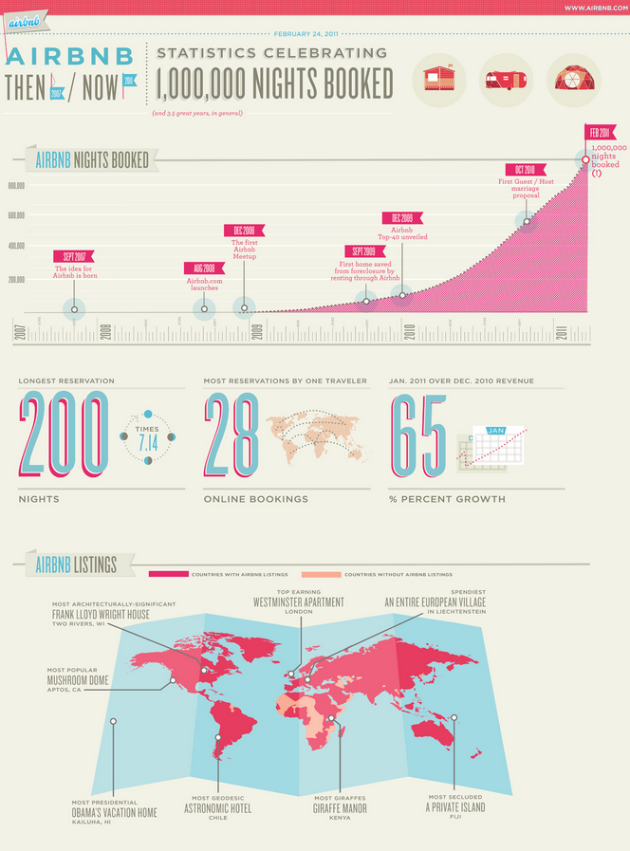 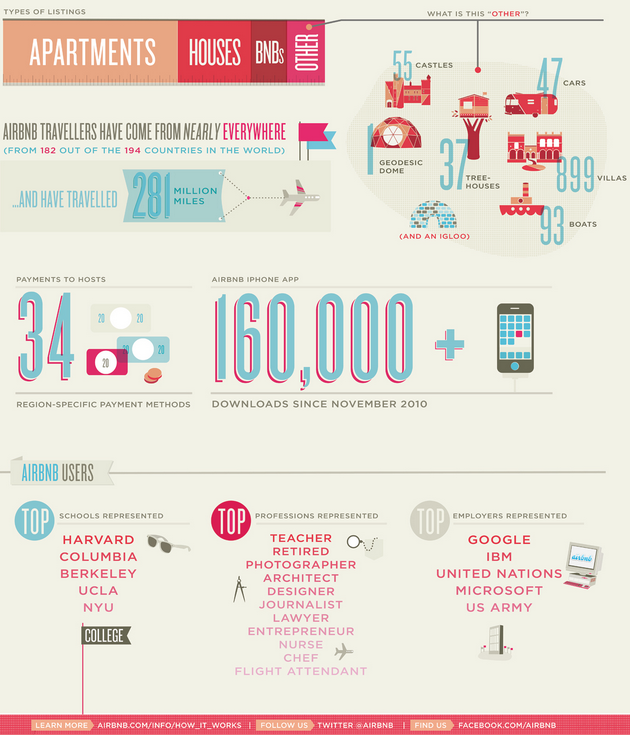