We created subscriptions for publishing apps, not SaaS apps. 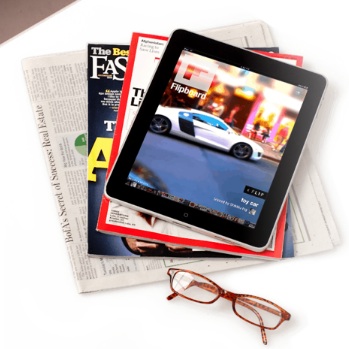 There’s been so much confusion in the wake of Apple’s new subscription billing policy for apps that Steve Jobs felt the need to issue the proclamation above via his preferred method, a personal email. (It’s his version of the burning bush). While Apple’s new policy clearly states that all subscriptions for purchasing “content, functionality, or services in an app” must go through Apple, Jobs suggests that Apple will make a distinction between “publishing apps” and “SaaS apps” (software as a service). Apps like Salesforce or Evernote, for example, operate under an SaaS subscription, and are available to the same subscribers on the Web and other devices besides the iPhone.

Apple appears to be backtracking here. As I suggested on Friday in a Fly or Die video with Rhapsody’s president Jon irwin (who offers a music streaming subscription app on the iPhone), Apple’s initial broad-stroke rule may very well have been a trial balloon. The subscription billing system was obviously designed with media apps in mind, particularly publications. Maybe Apple won’t apply it to other types of subscription apps. Indeed, this latest email from Jobs appears to signal that Apple is adjusting to the market reaction.

The line now seems to be drawn between publishing apps and other kinds of subscription apps that are more like software. For the most part, that does make things clearer. Salesforce probably doesn’t have to worry about pulling its app from the iPhone.

But the next question is: What exactly isa publishing app? Obviously, apps that look like traditional print publications like The Daily, magazine apps, or the New York Times app once it goes to a subscription model all fall under the new rule. So too do apps like the recently-rejected Readability, which serves up repurposed content from across the Web without ads for a subscription. By that logic, any news reader apps that charge a subscription would fall under that rule as well.

But what is a news publishing app? They are clearly news-reading software. And what if Twitter or a Twitter client started charging subscriptions? Are those publishing apps or a communications apps? Just think about Flipboard or Pulse, which transform Twitter and other feeds into a dynamic, realtime, personalized publication. If those apps started charging subscriptions (both are currently free), I bet they would have to go through Apple’s subscription system just like Readability.

Okay, so any app that involves reading the news is a publishing app. Maybe. What about other media apps like music (Rhapsody, Rdio, MOG) or movies (Netflix) which require a subscription? Rhapsody doesn’t “publish” music, it just streams it. Netflix doesn’t make movies, it just delivers them. Apple still hasn’t clarified how it will treat these types of media subscription apps. But in my mind those are not publishing apps and thus should not be subject to the new rules.

Finally, what about personal publishing apps delivered as a service? One example of a popular app that offers both free and subscription versions is Evernote, which could be considered a form of personal publishing. Evernote lets you publish photos, notes, Web clips and other digital detritus to your own personal stream, which can remain private or be shared. It charges a subscription for extra features such as supporting larger uploads, more file types, and better collaboration tools. Those are all software features, but the end result is a personal publication of sorts. The difference is that Evernote isn’t charging for the content, it is charging for the software features.

And maybe that is the line Jobs is drawing, but it is a line that won’t last long. The most successful publishing apps will look increasingly like other apps, with software features that take them beyond glorified PDF readers. Smart publishers might even start charging subscription fees to unlock those extra features—3D photos, social news filters, augmented reality layers—instead of for the content itself.