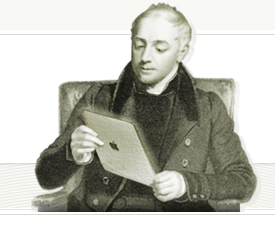 We’ve already been over (and over and over and over and over) Apple’s new iOS subscription rules. And the initial backlash has seemingly cooled down as everyone has moved on to the next hot topic of the hour. But it’s pretty clear that this issue is going to keep surfacing, because it really does screw a lot of developers. And sure enough, it’s already back today.

Readability, a service which takes text on the web and strips out ads and other distractions to make posts more readable, had been planning to bring an app to the iOS platform. In fact, they worked with Instapaper creator Marco Arment to build it. It seems like it would have been a pretty popular app. Except it was rejected on the grounds that it circumvents Apples in-app subscriptions today.

Readability details the rejection and their feeling on it on their blog today (which is down at the moment). But let’s just say they’re not happy. The point of Readability is to give the majority of the earnings (70 percent) back to publishers. If Apple is taking a 30 percent cut, the service will either have to cut those payouts to 40 percent, or cut their own take down to 10 percent — neither of which they want to or are willing to do. (Though they do say they’d be open to the idea of Apple also giving 70 percent of their 30 percent cut to publishers.)

The team is angry because they’re not actually selling any content. Instead, they simply offer a service with a monthly fee. In other words, they’re software-as-a-service. And based on what we’re hearing, they’re hardly the only such app getting rejected on the same grounds. But when things like Salesforce apps start getting rejected, will heads really start to roll?

What’s perhaps most crazy about the Readability rejection is that Apple actually uses Readability for a key piece of their own software: Safari! Last year, Apple decided to build Readability into their web browser. Now they’re rejecting the app built by that team. Nice.

Opinions on this issue vary greatly. But mine is that Apple has every right to implement a subscription service that they want you to use (and it should help with end-user usability), but there’s no way they can charge a 30 percent fee for many of these services that will be forced to use it. SaaS is one example, music streaming services are another. At 30 percent, most of these simply could not afford to stay in business. It’s ridiculous. And Apple needs to either waive the fee or cut it down to some low single digit percentage in circumstances beyond traditional media publishers.

So what is Readability going to do? Well for now, they’ll stick to the web. Apple can’t regulate that.