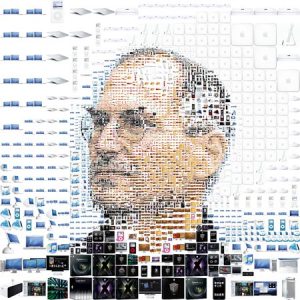 This guest post is by Tien Tzuo, founder of Zuora, a subscription billing company. Previously, he was chief strategy officer and employee No. 11 at Salesforce.com.

Publishers have been struggling for years. Now local newspapers, magazines and even the New York Times, that Grey Lady, are being treated like old ladies by Apple, stealing their pocketbooks while they’re trying to stay on a fixed income.

This week, Apple announced what the publishing industry has been clamoring for, subscriptions, in exchange for a whopping 30% cut. Clearly, paid subscriptions are a part of the future of all online media, whether tied to a print version or not. That’s what The Daily is all about and even AOL might one day go down that path (Tim Armstrong admitted as much on CNN). It’s part of the shift to the Subscription Economy that’s happening across not just media, but software, cloud computing, communications, consumer services, entertainment, you name it. In just the past year, as one example, my company, Zuora, has signed over $1 billion in contracted subscription revenue.

But something very dangerous is happening. Apple is now calling the shots for the entire publishing industry’s digital strategy. Think about that for a minute. While Apple is prescient and makes great products, it’s hardly a publishing expert. Yet, Apple is setting up new rules that could bring the publishing industry to its knees. As if it weren’t already in that position.

It’s not that Apple can’t save publishers—which I don’t think it will with these financial terms. It’s that its model completely ignores the realities of the publishing business:

To quote Steve Jobs himself, “A functioning media is vital to a functioning democracy.” I agree, and I think there’s a better way to use the genius of the iPad and other devices that enables publishers to control more of their destiny—and benefits everyone financially.

So what’s a publisher to do?

Take Matters Into Your Own Hands: Don’t be tempted by that juicy red apple called the iPad. You need to build your own online subscription commerce strategy, one that allows for lots of different ways to package up your content and sell it.

Not Your Father’s Subscriptions: The industry continues to see “subscriptions” in terms that are far too simplistic. Yes, consumers will never agree to switch to a full “subscription only” paywall, so you need to have flexible billing that can slice, dice and package content by the month, the article, by home delivery days, by online, and the list goes on.

Make It Easy: Provide customers single click convenience while providing a PCI-compliant payment and billing process. You need to be able to bundle, cross-sell and rapidly deploy promotions to capture more readers than you ever could through a call center.

And as for Apple? Can you redeem yourself?

Customers with Benefits: If you want that 30% cut you have to let the publishers own the subscriber relationship. Share that data and you both win. Simply giving subscribers “the option” won’t cut it.

Freedom of Choice: You know consumers want both print and digital. This isn’t music. There’s no love lost for the CD. Most consumers want to keep home delivery, and publishers want to be free to work across platforms and devices. “Control” and “closed” are completely counter to the anti-Big Brother brand.

Help Them Help You: Selling publications is not the same as marketing the latest Black Eyed Peas song. Newspapers and magazine titles will get lost in the iTunes model. Just being part of the App Store isn’t enough. You need to deliver more merchandise value for a 30% cut.

The bottom line? The Subscription Economy is here, and Apple should be applauded for offering content via subscription. Unfortunately its model just scratches the surface. In the end, publishers should think twice before taking a bite of the Apple. This current plan will do more to hurt publishers than to help them make the shift to the online world.