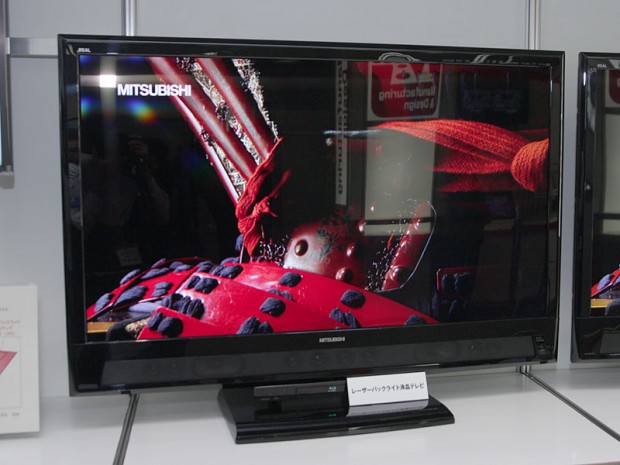 Mitsubishi Electric yesterday showed a “Laser Backlight LCD TV” [JP] the company plans to release within this year. At the press conference in Tokyo, Mitsubishi showcased a 46-inch prototype TV with a red laser and a cyan LED integrated into the backlight unit.

The laser features an emission wavelength of 638nm and is, according to Mitsubishi, especially boosting the on-screen quality of the color red. The TV achieves a 126% color gamut and uses the cyan light for green and blue colors. Using the technology for 3D TVs in the future is apparently possible, too. 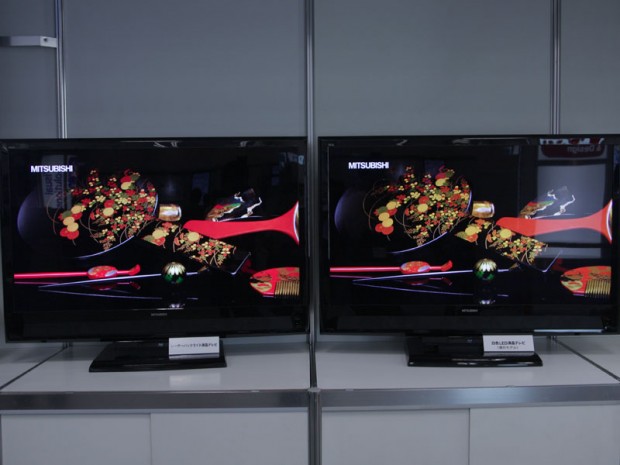 Mitsubishi is selling the Laservue, a TV using RGB color lasers in the US and elsewhere since last year. The company said it will offer the red laser backlit (actually edge-lit) model in Japan first.