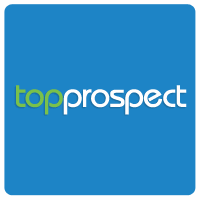 The American labor market is as schizophrenic as I’ve ever seen it. While the bulk of the country struggles with 9% unemployment, in Silicon Valley the ease of starting a new company and huge hiring goals of companies like Google and Facebook have lead to a war for talent that’s driving up salaries and threatening the future of some smaller startups who just can’t find people.

The latter may seem like a good problem to have, but it’s still a problem. And it’s one most Valley companies are happy to throw money at if someone can come up with a tailored solution. We’ve written about a few companies trying to solve this through networking or reputation. Top Prospect is trying to solve it with good old fashioned cash: Companies will pay you at least $10,000 if you refer a friend who they wind up hiring.

Eventually, Top Prospect will take a cut of that– probably a hefty cut of up to 40%. But until March 1, it is giving successful matchmakers the whole amount. And some companies are willing to pay even more. Right now more than fifty companies have posted 180 jobs in the system with a whopping $2.5 million waiting to be paid to referrers. Those companies include a lot of hot startups who obsess about finding the best talent like Zynga, Path and Asana. (Those last two aren’t a surprise. Dustin Moskovitz is an angel investor in Top Prospect, landing it in the powerful Facebook Mafia.) The company was started by Rotem Perelmuter, and investors include Andreessen Horowitz, Spark Capital, Ron Conway, Facebook’s Chamath Palihapitiya, Stubhub founder Jeff Fluhr, David Goldberg and Jeff Clavier.

If a big ol’ payday isn’t enough incentive, Top Prospect also makes it easy. Recently it has integrated with LinkedIn, allowing it to help you quantify people to recommend by looking at your contacts and their profiles and connections. The system has some limits to make sure you don’t just flood every listing to up your odds of a payday. You can only recommend three people for each job, and you have to know someone to recommend them. And since you only get paid if the person is hired, you should only recommend friends looking for work. Over time, each connector will have a success rate, that should help him or her stand out to employers.

It takes all of five minutes to create an account and see a list of jobs, people you know who might be a fit and the bounty you’d get should they be hired. My problem is my LinkedIn profile probably isn’t up to date enough for me to be getting a good sample. One guy I don’t even remember meeting is apparently a great fit for a dozen jobs. An applications like Top Prospect that has a clear benefit, could start making people pay more attention to their LinkedIn social graphs. It could also cannibalize LinkedIn’s own jobs product.

Hopefully LinkedIn doesn’t view Top Prospect as a threat because it’s a core part of what makes the site so easy. This business model has been tried before, but that was in a pre-Facebook/LinkedIn world, which made matching up friends with jobs a lot harder. If those friction points can be taken out, it’s a no brainer. Companies have no problem paying to hire the right person. Recruiting is an $8 billion a year industry with headhunters taking a hefty 20% of a candidate’s first year salary. Most of the biggest Internet companies have excelled by squeezing middlemen who take huge fees. There are few markets this big that are still ripe for disruption.

Right now, Top Prospect is focused on tech jobs, but plans to expand to healthcare later this year. Eventually it sees any market where demand outstrips supply as a fit. While that’s a small part of the economy, Top Prospects numbers show so far it’s a juicy one.