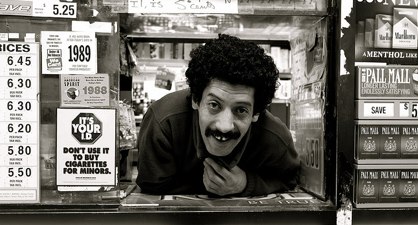 How much pricing power exactly does Apple have over publishers desperate to figure out a digital strategy that results in paying subscribers? A hell of a lot—at least that is what Apple is betting with its new subscription billing service. Apple is taking a 30 percent cut of all digital subscription revenues. Just take a moment to think about that for a second.

Up until now, Apple took a 30 percent cut of one-time purchases in iTunes. So the 30 percent number doesn’t seem strange, at least not to consumers. What do we care how the money is split up as long as we all of these digital goodies are affordable? But publishers and other media companies with subscription businesses (cough, Netflix, cough) care very much. Apple is saying if we deliver a paying customer, we will take 30 percent of their subscription dollars in perpetuity as long as they consume your media on our devices.

You could argue that iTunes is the new digital newsstand, and so it deserves a cut. True, it does deserve something, but let’s compare what Apple wants to take with what a real newsstand collects. Typically, magazine companies take as much as 75 percent of the cover price of a magazine sold at a newsstand, which shows who has the pricing power in that relationship. But that is on a per-issue basis. The newsstands are merely lead generators which get people to sample magazines and newspapers before a portion of those people convert to paying subscribers. The newsstands don’t get anything extra for helping to bring in a new subscriber, forget about an ongoing cut of the subscription fee. Of course there are services that deliver subscribers to publishers, but even they don’t get an ongoing cut of the subscription. It’s more of a lead-gen type deal.

Apple is now telling media companies to forget about the way they’ve been doing business for decades. There are new rules in its digital newsstand. And, while some big publishers like might try to hold the line or go over to Android, in the end if consumers decide they want to read digital magazines on their iPads, they may have no choice but to do what Steve tells them to do.

And that could kill their business. Not only would they be handing over a substantial portion of their revenues to Apple, but they get virtually no data in return—data about customers. It’s that credit card data they use to do their consumer marketing and sell those readers to advertisers. So yeah, there’s going to be lots of resistance to Apple’s subscription scheme. No wonder the antitrust knives are already out. In the end, the old guard will fight it as long s they can, while new entrants with nothing to lose will build readerships on the iPad. It’s probably never been a better time to start a digital magazine.

Correction: An earlier version of this post reported that magazine publishers collect 95 percent of newsstand sales, which came from a source at a magazine publisher. After this figure was questioned in comments, I went back to my source who admitted he was wrong and suggested that for a large publisher with clout 70 to 75 percent was a better figure. Some commenters say it is closer to 50 percent, which may be true for smaller publishers. Nevertheless, these only apply to single issue sales—the equivalent of a paid download in the App Store—not ongoing subscription fees.