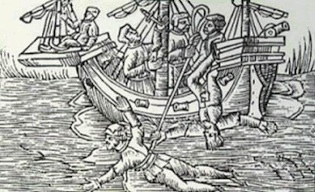 Lots of hullabaloo about Apple’s iOS subscription product. The basics – everyone pays 30%, you can’t charge more on the iPhone for the product than you do on other platforms, and you can’t link out from the app to the browser to handle subscriptions without Apple being in the middle. It’s not even clear that apps will be able to just post a message telling people to create an account from their computer and then come back to their iPhone and use the app.

That’s all well and good for apps that have zero marginal costs. But for some content providers, specifically the music streaming services like MOG, Rhapsody, Rdio, etc., this is crushing. It effectively pushes them off the iPhone, iPad and other iOS devices. They’ve been keelhauled.

That’s because they don’t have 30% margins to begin with, the labels and publishers take somewhere around $8 of the $10 subscription fee. We saw Rhapsody balk at Apple earlier today. On Wednesday morning, we hear, most of the online music streaming services will be issuing a joint statement condemning the policy.

Does Apple’s move violate antitrust laws? The Wall Street Journal seems to think probably not. Of course, if Apple now launches their own music streaming service, that may change. Apple will be the only company that doesn’t have to pay Apple’s 30% subscription fee, so they’ll be the only company that can offer a $10/month music streaming service without losing money on every user.

How does this all play out? We hear the music labels are torn between waging an all out legal war against Apple and just capitulating and lowering their fees enough to keep the streaming services in business.

The problem isn’t that Apple is asking for 30%. It’s that the apps can’t charge more to cover those costs. In the end Apple may get what they’re asking for, but if they do it will only be because the labels cave and because Android has gained so much market share that Apple may be able to effectively beat an antitrust action.