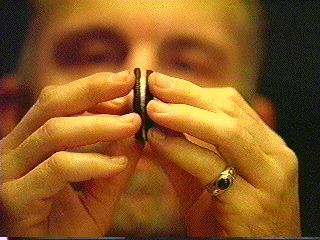 We all knew it was coming, but the details of the App Store subscription model, which Apple outlined today, are fascinating on a number of levels. Simply put: this is one of the boldest bets Apple has ever made. And it could backfire. Or it could be huge beyond belief. Either way, it’s going to be very controversial.

We’ve already gone over the basics, but as a quick recap: any service offering an app with any sort of subscription component must now offer it within the app using the new in-app subscription options. Those companies are welcome to offer subscriptions outside of the app as well, but they must also have to option to do it in-app and it must be for the same price (or cheaper) than the out-of-app option. If a subscriber signs up in-app, Apple keeps 30 percent of those revenues. If they sign up outside of the app (still granting them accesses to the app), the company keeps 100 percent of the revenues.

Apple clearly knew this announcement would spark controversy, and you can see that very plainly in Apple’s press release today. Just look at the quote included, from no less than CEO Steve Jobs:

“Our philosophy is simple—when Apple brings a new subscriber to the app, Apple earns a 30 percent share; when the publisher brings an existing or new subscriber to the app, the publisher keeps 100 percent and Apple earns nothing. All we require is that, if a publisher is making a subscription offer outside of the app, the same (or better) offer be made inside the app, so that customers can easily subscribe with one-click right in the app. We believe that this innovative subscription service will provide publishers with a brand new opportunity to expand digital access to their content onto the iPad, iPod touch and iPhone, delighting both new and existing subscribers.”

He might as well be saying: “Everyone take a deep breath — here’s why this makes sense.” And there’s no question that it does make sense — for Apple. But a lot of third-party developers both large and small are going to be very, very pissed off by this move. Why? Because it totally changes the game. Companies with subscription elements of their content had been accustomed to leveraging Apple’s platform for free. Now there will be a fee. And it will be a significant fee.

At the same time, Apple has a point. Actually, a few of them.

Apple has built a new backend system that any of these apps can take advantage of. And when they do, it will give them within one-click access to some 100 million-plus credit cards. As Apple puts it, “Subscriptions purchased from within the App Store will be sold using the same App Store billing system that has been used to buy billions of apps and In-App Purchases.” Apple knows that a ton of users will use such a system when it’s in place. And so they want their cut for enabling that — but only when that system actually brings in new subscribers.

They’re making a bet that it will. And you can bet that for any companies that play along, it will.

And that’s perhaps the most overlooked key to all of this so far. Apple’s aim here is not only to make money, but to enable everyone to make money with a system that actually works. How are they going to do that? By doing something that all companies say they do, but few actually really do: focus on the consumer.

This in-app subscription system will undoubtedly be one of the most user-friendly systems that subscription billing has ever seen. Actually, I don’t think it’s a stretch to say it will be the most user-friendly. Apple has created a centralized place to handle a wide variety of subscriptions spanning many different companies. All streamlined. All with one-click capabilities. No need to enter billing addresses. No need to enter credit card numbers. If you want to unsubscribe, it’s one-click. Change you subscription terms? One-click. What was once a nightmare of dozens, or hundreds, or thousands of different backend systems (or worse, phone calls) is now all taken care of thanks to the iTunes ecosystem.

And that’s exactly why consumers would use such a system. And it may finally be the answer for getting people to pay for content such as magazines, online.

Further, Apple absolutely had to force the prices to be the same (or better) as they are outside the app environment to ensure the system would work at launch. Without this key component, the system would be DOA. Companies would undoubtedly be okay with this system if they could jack up the prices to pay for Apple’s 30 percent cut, but that would undermine the entire system. Apple’s stance on this will piss companies off, but it’s the right one for consumers. 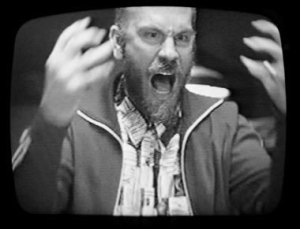 But all of this is also a double-edged sword.

Creating a system that consumers will actually want to use means that they will no longer want to use the old, archaic system made by the companies that control the content. Again, great for consumers, but bad for those companies. And so they’re going to be faced with a very real and very challenging choice: do they stick with Apple or pull their content?

While Apple has spoken directly about magazine subscriptions, they also mention video and music in the press release today. Presumably, apps like Netflix and Hulu are now going to have to pony up this 30 percent fee to Apple to keep their apps in the App Store. Will they? It’s not yet a slam dunk either way. When you think about Netflix users paying $8 a month, 30 percent to Apple is a huge chunk of change for Netflix to lose. At the same time, how many more subscribers would a simple subscription system bring in? Essentially, Netflix would be paying Apple a 30 percent finder’s fee for new customers. Is that worth it to them? Maybe at first, but not over the entire life of the customer.

Netflix had undoubtedly been benefitting from users signing up for service to use it on devices like the iPad already — only they had been keeping 100 percent of those revenues. They still can do that if they get customers to sign up the old fashioned way. But again, everyone is going to use the new in-app way. So Netflix has a very difficult choice to make.

The Amazon question (which originally sparked a debate a couple weeks ago) seems more complicated. Because Amazon content isn’t sold by subscription, it’s not clear how this affects apps like their Kindle app. It may not affect it at all, but then why did Apple reject the Sony reader app? Was there a subscription layer in it? Apple clearly wants to move towards a full in-app purchase environment, but today they’re only talking subscriptions. One-time payments may be the next shoe to drop.

And what all this means for SaaS companies remains to be seen as well. We’ve heard reports of those apps getting rejected as well on the grounds that they don’t use Apple’s in-app payment solution. But these apps aren’t technically offering content, just access. Does that fall under the realm of Apple’s new policies? It seems like that may be the case on the same grounds — Apple built the system and it will bring in more paying customers — but it’s not yet clear.

And then there are the magazines and newspapers themselves.

If there’s one group that you’d think would absolutely benefit from such a system, it’s these guys. No one has been willing to pay for their content on a large scale yet online. And Apple may have just created the perfect system for them to enable just that. But it’s not a slam dunk here either.

Protecting customer privacy is a key feature of all App Store transactions. Customers purchasing a subscription through the App Store will be given the option of providing the publisher with their name, email address and zip code when they subscribe. The use of such information will be governed by the publisher’s privacy policy rather than Apple’s. Publishers may seek additional information from App Store customers provided those customers are given a clear choice, and are informed that any additional information will be handled under the publisher’s privacy policy rather than Apple’s.

In other words, these publishers, long spoiled on the treasure of user data, will only now get it if the customer opts-in to giving it to them under Apple’s payment system. How many do you think are actually going to do that? Yeah… It’s no wonder many of them are also screaming bloody murder over this system.

I’ve written about this topic a few times before. It’s clear that publishers would love this system but only if they get access to the customer data. Apple is not willing to give them that customer data by default. As the paragraph above makes clear, they’re looking out for the customers’ best interests. That may sound like total bullshit, but in this case, it isn’t. Apple is a company built around user trust. They piss off developers and publishers left and right, but it doesn’t matter because they keep selling millions upon millions of products to users. Why? Fundamentally, it’s user trust. Users believe that Apple will continue to create good products that “just work” and that includes ecosystem products like the App Store. 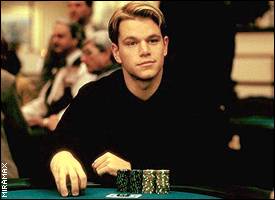 Imagine if Apple started giving customer data to publishers to be used for sales calls, mass mailings, etc. The user trust that Apple relies on would start to erode. To get the publishers on board, this would be the most obvious (and seemingly small) concession to make. But Apple will not do it. Though Google might.

So while you read all the stories about how Apple is destroying their ecosystem and killing innocent bystanders today, think about the very gray big picture:

This is a big time power play by Apple in the name of better user experience. The maneuver is brilliant, brazen, and perhaps bat-shit crazy. Now it’s time for everyone to show their cards.

Update: A couple more things. Apparently, Apple has just updated the App Store Guidelines alongside the announcement today. And yes, it seems that one-time in-app purchases like those made through Amazon for the Kindle will fall under the same rules. That brings up another question: could Amazon just make a Kindle reader app that didn’t allow you to buy anywhere in the app, but only use previously bought content? The guideline wording seems like it would still be a no-no but it’s not entire clear that such an app would be rejected.

More: The Simple (And Perhaps Harsh) Reality Of Apple’s Ecosystem