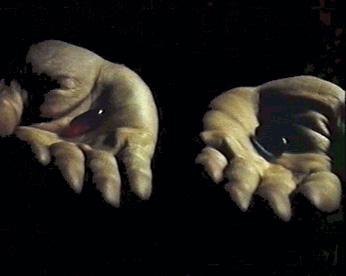 In my previous post about Apple’s new subscription plans for the App Store, I offered up three possibilities. With the move, Apple is either: brilliant, brazen, or batsh*t crazy. But reading over the comments on that post (admit it, you did — it’s okay, I do too, sometimes), you might think there was a fourth option: evil.

To those who have followed tech news for any extended length of time, this is a familiar refrain. Company X changes something, therefore Company X is “evil”. Over the years, this has been true of Microsoft, Yahoo, Google, Facebook, etc. But no company has seen this vitriol to the extent of Apple over the past few years. And curiously, it seems correlated to their meteoric rise in power and profitability.

But if Apple is really evil — or at the very least, if several major moves they’ve made over the past few years have been evil — shouldn’t the opposite be true? Shouldn’t Apple be losing a ton of customers who are fed up with their cruelty and inhumane torture of developers, users, and the world in general? Makes sense, right?

This latest maneuver by Apple, and several other of their recent “evil” moves, can actually be explained quite easily. Apple isn’t out to trick everyone and eventually screw them over. Instead, Apple has perfected the art of making money.

To some, that will still seem evil. Hell, to a few that will likely seem synonymous with evil. But that’s an extremely myopic view of things.

The absolute key to Apple’s ability to make money is the ability to make products that customers want. This includes both their tangible hardware products, the software that runs on them, and the underlying infrastructure that fuses it all together. And that includes things like the App Store, which today’s latest change affects. Apple makes good products that people want, so they make a lot of money. The two are absolutely tied together. If they didn’t do the former, they wouldn’t get the latter.

To be clear, I’m not convinced that the subscription changes announced today won’t backfire against Apple — that was the point of the previous article. But given Apple’s recent track record, there’s every reason to believe that they won’t. Further, there are plenty of reasons to believe that Apple is making a smart bet here.

You don’t hear those developers complaining about Apple’s cut. But this situation is different because it’s a de-facto change in policy. Actually, wording in their app guidelines has suggested for some time that Apple would move to filter all purchases made on their iOS devices through their in-app payment system. They just hadn’t enforced it until now. 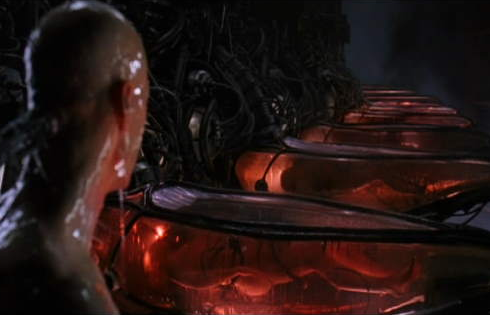 But now that they have a system in place to do that, they’re going to do it. For many developers, this is a harsh reality. But is it evil?

Regardless of what I write or what anyone else says about this issue, here’s the actual situation: if this is a mistake, people will reject it. Both users and developers will have the chance to vote. But they won’t vote with their mouths. They’ll vote with their wallets.

If Apple is in the wrong here, developers will stop developing for iOS (a privilege which they pay Apple $99 a year for on top of the 30 percent app sales cut). And customers will stop buying iOS products. Those two factors will amplify one another. And the Apple ecosystem will wither.

But allow me to state the obvious: with all the other “evil” changes Apple has made, this hasn’t happened. In fact, the opposite has happened. Apple has continued to sell more and more of their products and their ecosystem has exploded into a juggernaut.

Apple is so “evil” that they have more users than ever giving them more money than ever. Either the entire world is brainwashed or most users interpret these maneuvers as a part of Apple’s overall goal to make products that are consumer-friendly. Which, again, in turn, makes them money. A lot of it.

You could certainly make the case that the subscription changes could harm consumers if Amazon or Netflix or other developers decide to pull their apps from the App Store. That’s exactly why I’m not sure this won’t backfire (would Amazon really be okay giving Apple a 30 percent cut?!). But on paper, the main change to push for streamlined in-app payments is a big time benefit for consumers. And if the others play ball, that’s all the consumers will see: yet another system developed by Apple that is better than every other system out there.

And that’s exactly why the inevitable antitust talk (that has actually already begun!) is for the most part ridiculous. This is a free market that both developers and consumers are free to walk away from — and towards a competitor.

A number of people today seem to believe that Apple’s move will force companies to raise their prices by 30 percent across the board. That would be totally ridiculous, completely unacceptable, and worthy of an antitrust inquiry. But why on Earth would they do that when they can just put their products on Android or BlackBerry or webOS? 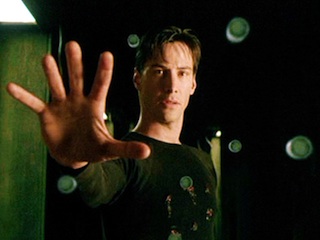 Looking ahead, the more I think about it, the more I think that may be the one (potentially) big vulnerability in Apple’s plan. The requirement that prices must the the same or less than they are elsewhere on the web might have to be altered eventually. But that will only be the case if rival products by competitors fail to produce an paid app ecosystem to compete with Apple’s.

But again, that would not be a case of Apple being evil. It would be a case of them building a natural monopoly similar to the way Google has done that in search.

Still, natural or not, just like Google, Apple would then have to be careful about what policies they implemented. With great power, comes great responsibility, and all that. But we’re not there yet. It does look like competition is coming — and fast. And so Apple should be allowed to implement the changes to their ecosystem as they see fit. The market will decide if they’re the right ones or not.

And that really is the key to all of this. It’s so obvious, but so many seem to be looking past it. Apple is not the great dictator of the world. We’re all free to not buy their products and to use other ones. But despite all the bluster about Apple being “evil” over the past several years, this has not happened. And it’s because they’re not evil. They’re simply a free market machine churning out great product after great product thanks to (and not in spite of) many of the policies they put in place.

But that could all change tomorrow. We’re in control, not them. Welcome to reality.