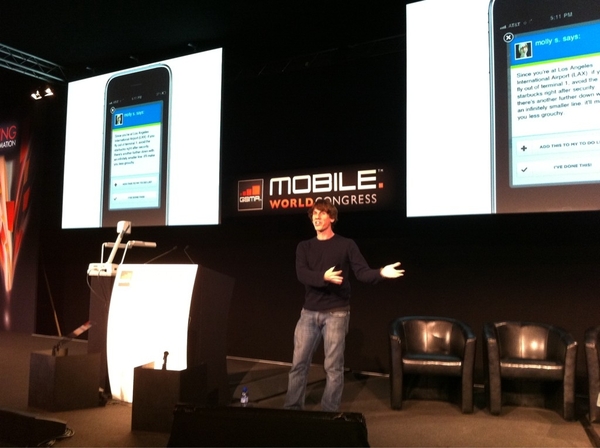 These are: Spanish, French, German, Italian and Japanese. He said the new app (2.2.5) will be available on versions for the iPhone, Blackberry, and Android today.

The analytics platform for merchants and venue owners remains oriented towards the US, but Crowley said they were looking at further internationalisation. He added that they would be focusing on the API this year.

Crowley also put out the latest Foursquare adoption figures of 6.5 million users, 2 million check-ins per day. This adds up to 420 million checkins and a 3,400% growth last year.

He jokingly described Foursquare as “almost like Pokemon for adults” and their continuing emphasis on mashing-up location and the social graph.