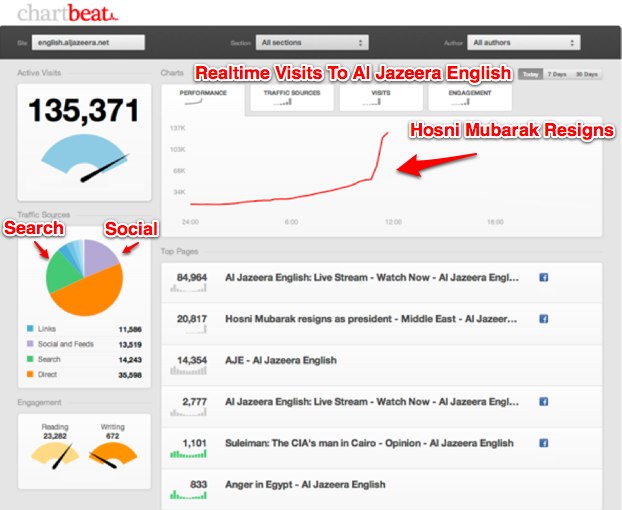 While you can debate about the exact role of social media, specifically Twitter and Facebook, in Egypt’s revolution, there is no question about its role as a new global media channel. Where once people tuned into CNN to watch governments collapse, this time around they tuned into Al Jazeera on the Web (at least in English speaking countries lie the U.S. where Al Jazeera English is not widely carried on cable systems).

Thanks to Chartbeat, we now have a realtime snapshot of what activity looked like on Al Jazeera’s English website on Friday when Egypt’s president Hosni Mubarak resigned. Everyone wanted to watch and they flooded to Al Jazeera’s English website. Concurrent realtime visits spiked from about 50,000 right before noon ET to 135,371 when the snapshot above was taken. The number of people simultaneously on Al Jazeera’s website kept going as high as 200,000—that was at any given second, and translated into millions of people watching on the Web. (And this was on top of already higher traffic which had risen 2,500 percent earlier during the uprising).

Al Jazeera uses Chartbeat to track realtime visits to its websites, and they allowed Chartbeat to post the screenshots you see here to the Chartbeat blog. In addition to showing the raw number of realtime visitors, Chartbeat can also break them down by source. And here is where it sheds a light on the role of social media in spreading the word and driving people to its coverage of events.

And what was the biggest source of social media traffic? It wasn’t Facebook. It was Twitter (followed by Reddit). When it comes to spreading realtime news, the social revolution is very real and Twitter is in the vanguard. 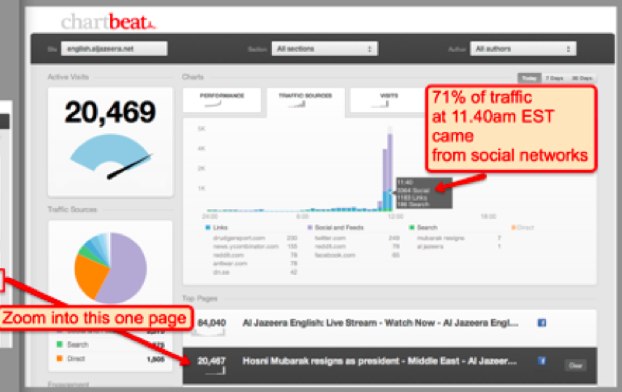 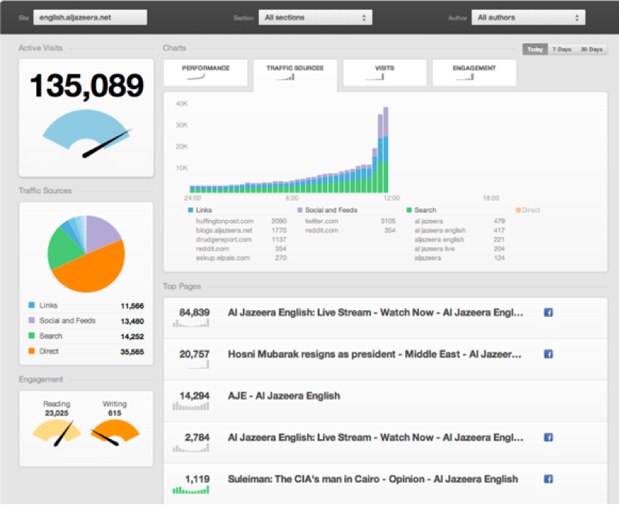