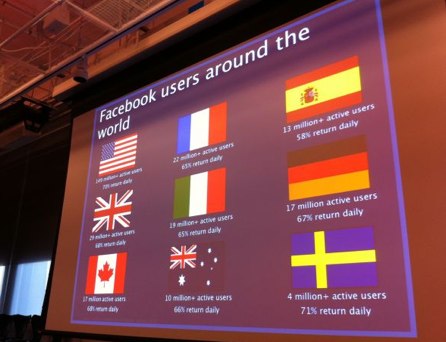 While we’ve heard some of the numbers regarding active users (Facebook says its has over 500 active users), these appear to be new. Generally, 50% of the networks active users log on to Facebook daily, but in these major countries mentioned, it appears that the rate is much higher. And Socialbakers reveals country-specific data via Facebook’s advertising tool.