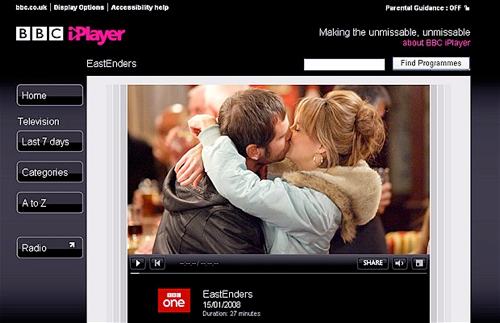 We first heard about the BBC’s iPlayer a few years ago and for awhile it wasn’t doing too well. Then more and more people started catching on to the whole ‘watch TV on your own time’ thing, and iPlayer got really popular. I blame part of that on great shows like the UK Office and Top Gear UK — too bad the US counterparts aren’t as desirable. To keep momentum moving, the BBC is planning on taking the browser-based iPlayer to mobile devices.

Apple’s iOS will get a Flash-less app and Android’s app will require both Froyo and Flash 10.1 to run. Not only BBC content will be available; media from other companies, in what is called “inter-linking” will also come to the iPlayer. Unfortunately for us, the app doesn’t work outside the UK due to licensing restrictions, so we miss out of all the wacky British humor. But, there may be something special in the works by way of a subscription to the BBC.

Users will be able to browse the last seven days of media over Wifi and 3G, but the streaming will only happen over Wifi.