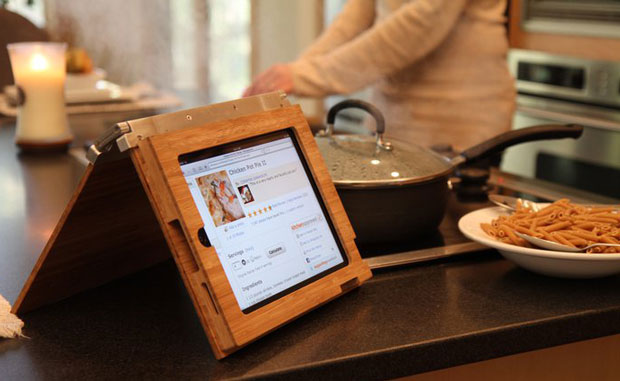 On the lookout for some easy karma? Head over to Kickstarter and help make this bamboo iPad case a reality. These four women are looking for $10,000 to bring their actually clever case to the market.

The Wüdskins case use bamboo and aluminum to encase a first-gen iPad in a solid and functional case. Sure, it’s a bit bulky and probably somewhat heavy, but you can’t argue against the protection it provides because bamboo is, you know, the Iron Man of wood.

The aluminum hinge rotates for multiple viewing angles. The prototype shown in the video is milled out of aluminium and therefore slightly larger than the cast version that will be used for the production model.

Pledges start at $5, but for $25, you’ll get a laser engraved bamboo plaque. $50 nets backers a Wüdskins t-shirt along with the plaque while $75 nets the previous two items along with an embroidered messenger bag. The real fun starts at $150 where backers will get a Wüdskins case. As of this post’s writing, the project is sitting at $725, which leaves just over $9,000 to raise in 29 days. Your karma is just a click away, friend.