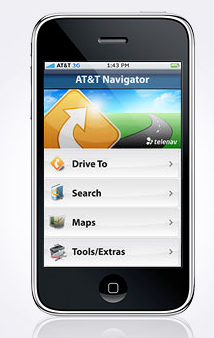 ZDNet ran a story this afternoon with a very provocative headline: Not all iPhone apps work on the Verizon iPhone — fragmentation looming? Oh no! Android was supposed to be the platform with the fragmentation problem, not the iPhone! The end must be near, right? Nah.

Author James Kendrick notes that Telenav has just unveiled a version of their turn-by-turn navigation app that will work on the Verizon iPhone. More to the point, Kendrick says that Telenav told him that the app had to be reworked to work on the new device. Leaving aside that the original app was called the “AT&T Navigator”, so clearly they had to rework the name, Kendrick notes, “The Verizon iPhone required modifications to the Telenav app to make it work with the new hardware in the handset.”

So what kind of modifications? Well, Telenav wouldn’t explicitly say. “The company did not elaborate which hardware differences forced the changes, but the primary difference in the two versions of the iPhone lie in the radios (GSM vs. CDMA) and perhaps the GPS chipset,” Kendrick writes.

But wait, I’ve been using the Verizon iPhone for about two weeks now as I tested it for my review. I’ve used dozens of apps on the new hardware and haven’t once found an app that would not work. This includes several location apps which make use of the phone’s GPS chip. They all work, unmodified.

Further, when I spoke with Apple about apps running on the Verizon iPhone versus the AT&T variety, they assured me that all my apps would run the same just as they always have. They did note that Verizon may launch some of their own apps just as AT&T has, which obviously would not run on the other hardware. But that seems to be more up to the carriers, and tying into their own services, and less about technical hurdles.

And wait, let’s look at the AT&T Navigator. Why is the AT&T name even in the title? Oh, because it is billed directly to your AT&T statement. That, while not mentioned, would definitely be something that would prevent it from working on the Verizon iPhone.

There are clearly some internal changes to the Verizon iPhone — the CDMA chip and a revamped antenna design, chief among them — but I’m failing to see how those will lead to apps that have to be reworked and thus, lead to a fragmentation of the App Store. Maybe there’s something special about turn-by-turn apps (I don’t use any). But beyond carrier billing, I’m just not sure what that is. It definitely doesn’t seem to be the GPS chip that is causing an issue, or Foursquare, Gowalla, and the like would have issues too. They don’t.

The point is that while “fragmentation looming” sounds scary and makes for a sexy headline, it’s complete nonsense from my perspective. That is, the perspective of someone who has used all of his apps — again, unmodified — on the Verizon iPhone.

Update: ZDNet has published a new story correcting their earlier one. They key part of Telenav’s update to them:

The only differences in the development of the application from our perspective are related to backend items not related to the hardware including 1.) billing changes due to the Verizon version being billed to the iTunes account and AT&T Navigator being billed on the AT&T bill 2.) Branding differences in the app design due to this being a TeleNav branded application and 3.) The feature sets of TeleNav GPS and AT&T Navigator are different and the app needed to be re-designed for this as well.

So, like we was likely the case above, what needed to be changed was mainly the billing and branding information.