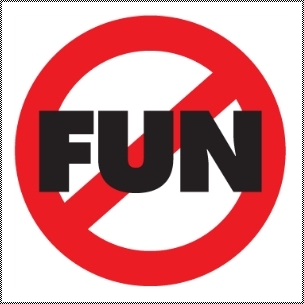 By now you’ve probably seen the Katie Couric and Bryant Gumbel pondering the wonders of the Internet. It’s a bit hokey and of course shows the NBC hosts talking nonsense about something outside of their expertise. Well, NBC clearly didn’t find it as cute as everyone else and reportedly fired the employee that uploaded it. Best Buy almost did that once. Remember how that turned out?

NBC went and pulled most of the videos from the Internet. The video we embedded is dead. But of course they couldn’t get them all. Simply searching Google for Katie Couric and Bryant Gumbel pulls dozens of copies. Nothing ever goes away online. NBC should know this by now. It’s called the Internet.

Seriously, NBC. No one was laughing at your then-star hosts. We were all laughing with them. It’s not like they were asking questions about the Internet now. This was 1994. No one outside of universities and X-Files watchers had any clue about the Internet. The video simply served as a nice reminder that the Internet grew in importance so rapidly that even some of the world’s most versed newscasters were simply clueless in the early days.

So in case you missed it the first time around, I embedded two different versions of the video below. You know, just in case NBC’s still on a witch hunt and pulls one of them. I reached out to NBC but have yet to hear anything. That darn @ symbol is so tricky sometimes.