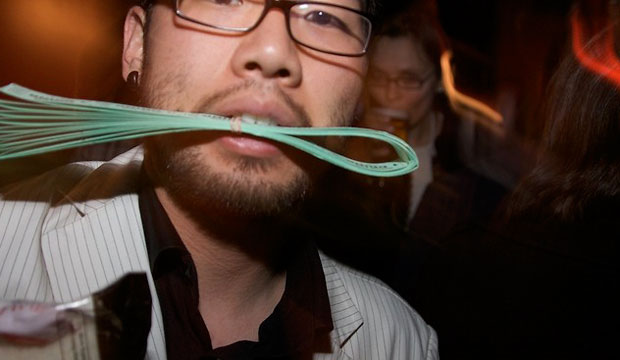 News Corp finally released The Daily into the wild world of the iPad yesterday. The app costs $.15 a day, which gets you the newspaper-style news aggregation and internet interactivity. It’s certainly clever, but there’s a way to sidestep the subscription and get just the articles without any of the flashy nonsense for free. Interested? Of course you are. (Just don’t tell Peter)

Andy Baio created this simple Tumblr linking every article from that day’s edition of The Daily. (Pro tip: subscribe to the RSS feed) This is possible as The Daily allows users to share stories and editorials over social networking sites but prevents non-paying customers from simply browsing TheDaily.com. Of course this sort of link dump kills a lot of the sexy appeal of the iPad news app, but it could also become and invaluable service for bloggers looking to link to a article from the publication.

There’s no telling how long Andy can keep this up partly because of the work involved and News Corp might have words with Tumblr about his linking. Of course there’s Tumblr’s connection issues, too. But chances are copycats will pop-up in the coming days or even hours that preform the same service. Just remember though, every time you sidestep The Daily paywall, you’re taking cash away from CrunchGear alum Peter Ha‘s dirt bike fund.