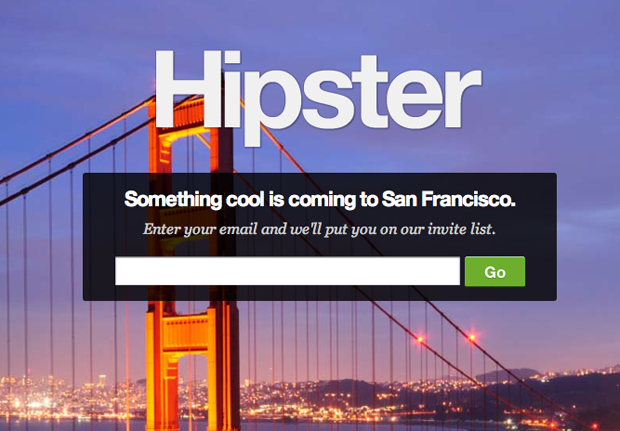 You guys aren’t going to believe this: We’re hearing that daily deals site Groupon has been aggressively trying to acquire local Q&A site Hipster for a number below $10 million, and that’s before Hipster has even formally launched! A slew of press coverage originating here has turned the site with a funny name into a media darling.

One source is telling us that Hipster has been making the rounds of Silicon Valley VC firms as well as boardrooms and was talking with Google about a possible talent acquisition (who isn’t?) before the talks turned into more of an investment prospect for Google Ventures than an acqui-hiring prospect for the mothership due to Hipster’s desire for a better return.

According to our source, Hipster is currently raising a seed round in the valuation range of $6 – $8 million. The acquisition talks with Groupon have continued as Groupon has a pretty good chance of increasing its $15 billion valuation within the next couple of years after an IPO, presenting itself as a more lucrative deal to the ramen-fed entrepreneurs.

Why the interest in Hipster? Groupon, which has received much success as an ecommerce site, still hasn’t become the go-to local destination for consumers it aims to be. Our source says that the company is considering potential expansion into a Yelp-like recommendation service, which is why the Hipster acquisition might make sense. Hipster, like a Quora + Yelp, allows users to ask, route and answer questions about any location in a city from a small coffee shop to something city-wide.

Groupon has not yet returned our request for comment and Hipster CEO Doug Ludlow gave us this statement,

“All I can say is that the team here at Hipster is busy both building a product that people will love, and putting together an angel round led by top-tier investors.  Although it’s true that we’ve been approached about early acquisition by all of the usual suspects, the Hipster team is focused on building a world-class company, and we’re not interested in a quick flip.”